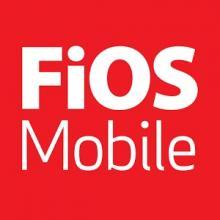 Verizon Wireless has just revealed recently that for the first time, subscribers of its FiOS TV service will now be able to stream their DVR recordings outside their homes, which means basically anywhere, as long as they make use of an existing web connection. On top of that, the biggest wireless carrier in the United States also took the opportunity to announce that subscribers will now be able to view all their live TV channels on any mobile device while inside their homes and on the FiOS network.

For those not in the know, the Big Red has been busy developing a mobile app that can be used by subscribers of its FiOS TV service for several years now. About three years ago, the service finally shifted away from one that needs an intermediary software app that runs on the PCs of subscribers in order to facilitate streaming of video content. Instead, it started sending video content directly to smartphones and tablet devices.

Fast forwarding to now, it has further improved its support for TV streaming on mobile devices, giving subscribers the ability to view live TV outside their homes back in 2013, through the use of the FiOS TV mobile app. But at that time, there was no support yet for DVR recordings. With the Big Red’s latest announcement, that changes now, at least for a certain group of subscribers.

According to Verizon Wireless, those who are subscribed to wireless carrier’s FiOS Quantum Service and FiOS Internet service will now enjoy the option of viewing almost all their recorded shows on any mobile device with the use of the FiOS mobile app (which works for both Android and iOS mobile operating systems). Verizon has not confirmed, however, which video content exactly is not included.

For good measure, the FiOS mobile app can support live TV streaming while in the home, as well as the ability to view any DVR content while subscribers are connected to their FiOS network. Moreover, mobile users are allowed to access on-demand titles, control or manipulate the settings of their DVR via the mobile app, turn their mobile devices into remote controls, and even set parental restrictions.

Perhaps the most interesting part of Verizon’s announcement is the added support for viewing DVR recordings, especially when one considers how cord cutting has increased in popularity in America. A study by eMarketer shows that by 2018, 21 percent of households in the US will no longer pay for traditional TV content. Consumers are now looking to other sources for daily dose of TV. However, by offering a DVR streaming feature, the Big Red could possibly persuade cord cutting people to keep their traditional cable TV subscriptions.

Verizon Wireless has stated that the updated FiOS mobile app is now made available from Google Play and from iTunes. For more information on the Big Red’s services, you can browse plans and phones from Verizon Wireless at Wirefly now.