Why Do Pictures Taken Using The Nexus 5X Appear Upside Down? 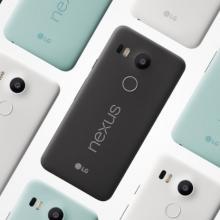 It is now nearly a month since Google has made its new Nexus 5X available in the United States, and no doubt, some mobile users, especially those fans of Nexus devices, have already started getting their own Nexus 5X devices. However, some of those who have started taking pictures using the smartphone may have noticed something strange -- for some reason, the images they captured appear upside down.

For those affected with this problem, know that this glitch is not exclusive to Google’s Nexus 5X. As a matter of fact, owners of the Nexus 6 (built by Motorola), also encountered this problem before. Many are now left wondering what the cause of problem is. Some are suspecting an error in the manufacturing, while others are saying that it may have something to do with the software.

Well, Google has officially spoken out and is offering an explanation for worried folks. It turns out to be both a manufacturing issues and a software error. As explained by Eino-Ville Talvala, the tech leader of Android’s camera framework, the problem was caused by the practice of manufacturers to mount their camera sensor for their mobile devices in an uncommon orientation.

In order to follow Android compatibility standards, manufacturers are required to align the long edge of their camera sensor with the long edge of the device, which means that by default, the rear camera sensor should be oriented so that the images are displayed as landscape. But there is no standard for which particular landscape direction the sensor must face. What most manufacturers usually do is utilize a forward landscape oriented sensor, but Google (and LG, its mobile manufacturer partner for the Nexus 5X) decided on orienting their sensor reverse landscape. They often resort to this because of space constraints, with recent trends dictating smartphones to be as thin as possible.

Due to the fact that this reverse landscape orientation is rarely seen, quite a lot of developers of third party mobile apps do not bother correcting this orientation when processing an image. With the use of the old Camera API, developers can correct the camera orientation by calling on the setDisplayOrientation() method in checking the sensor for the accurate UI orientation and then rotate the image to its right display orientation.

However, with the release of the Camera2 API, this method is no longer need because the API makes sure that the preview is displayed in the correct orientation. So what are affected Nexus 5X owners to do? Well, if they do notice one of their mobile apps displaying images upside down, emailing the developers and asking them nicely to update the code would be wise.