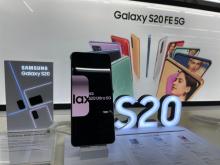 Back in December, Samsung released its Android 11 update with One UI 3.0 for the Galaxy S20 FE 4G and 5G models. And recently, the smartphone manufacturer has started rolling out One UI 3.1 update for the 5G variant in Europe. A new update, however, shows that the rollout was paused.

The update has rolled out in a number of European countries, such as Germany, Netherlands, Belgium, Romania, Greece, Spain, Czech Republic, Nordic, Switzerland, France, Italy, Portugal, Poland, Baltic, Slovenia, and the United Kingdom.

But according to a new report, the update seems to have been paused by Samsung. Even though the update rolled out just a few days ago, it is no longer available for download. Samsung has not released an official statement for its decision to put the update on hold. This means that if you are in the US and you are waiting for the update to arrive on your phone, you might need to wait a little longer to start receiving it.

Apple has now reopened all of its stores in the US