With the number of TV providers out there today, you may be having trouble choosing the right one. Whether you’re looking to change your home television service or you’re relocating to another home and need a new provider, we’ve made the process easy for you to get connected to satellite, cable and fiber optic television services. By simply entering your ZIP code in the box located above, you can take advantage of money saving deals on satellite and cable television plans. In addition, the tool will also display TV plans that are bundled with Internet and/or phone service for extra savings. 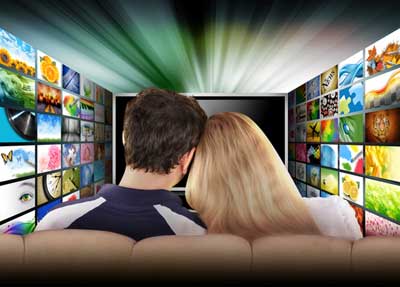 Because we compare a wide variety of basic cable and satellite TV plans, you get to choose from multiple cable companies, satellite providers, and broadband service providers that are available in your area. Once you begin using our tool, you’ll be able to look into upgrades such as High Definition (HDTV), Digital Video Recorders (DVRs), and other extra features. As experts on everything television, Wirefly also offers a wide library of informative guides and resources on various television topics.

Wirefly has a full-time price and deal monitoring team that constantly keeps abreast of the the latest price changes, limited time deal offerings, and feature upgrades across the pay TV industry. Most cable television providers do not offer their services across the entire country, so our provider location database also works like a charm when selecting a new television provider in your area. All you have to do is enter your ZIP code to get started. 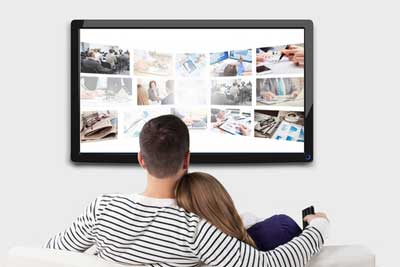 Cable television is by far the most common type of pay TV service in most households. With cable TV service, the cable company delivers the television signals through its network of trunk or fiber-optic cables. The company broadcasts encrypted TV signals through the cables to the receivers located in customer homes. Cable companies these days cover most of the United States with high quality service. Cable is preferable for a lot of people because the service can provide television, internet, and phone all in one package. Of course, if you live in a very rural area, your home still may not be covered by cable. When you sign up with a cable provider, the company will typically send a technician to your home to install your cable service. We want you to get the best price on your television entertainment package, so our comparison engine will show you all the options in your area, letting you filter by price, features, and channels, and then choose the best one for your needs.

If you’re looking for an alternate solution to broadband or cable TV, you may want to consider satellite television. Satellite providers offer features that include pay-per-view movies and digital music to DVR recording and HDTV. You also get premium access to upgrades that include sports and packages not offered through cable programming. To take advantage of the latest promotions and savings, you can use our tool above. The two largest satellite providers are DISH and DIRECTV. You can compare DISH vs DIRECTV here. 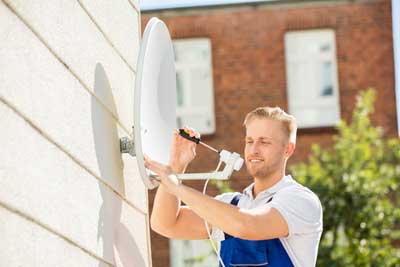 The technology behind satellite TV is much different than cable technology, even if the end result is basically the same. The satellite company broadcasts encrypted television signals from one of its broadcast centers up to its orbiting satellite. The satellite then broadcasts back encrypted TV signals to the satellite dishes of all their customers. The main benefit of satellite TV is that a physical cable connection is not required, which makes satellite a great option for people who do not have access to cable. Satellite companies also offer internet service, although it is usually significantly slower than cable internet.

If you're not sure whether cable or satellite is the best option for your needs, check out our cable TV vs. satellite TV comparison.

The latest digital technological advances that are being offered by television providers are fiber optic TV services. Fiber optic providers offer TV, Internet, and phone service over a fiber-optic network that, to the end user, functions just like cable, only faster in many areas. Many of the nation's cable providers are now also offering fiber connectivity for television. For all intents and purposes, it's almost the same as traditional cable, but the actual fiber optic cables being used can deliver faster, larger, and higher quality signals.