How To Get The Best LTE Service

In today's connected world, it is imperative for smartphone users to have fast data speeds. Most smartphone users rely heavily on internet connection to get the information they need at a moment's notice. LTE is one of the newest wireless connectivity systems available. It promises fast speeds to make wireless browsing and communication a great experience. LTE, or Long Term Evolution, has only been widely available in the last few years. However, it has become a standard used by millions across the world. Nearly every modern smartphone is LTE compatible. Often referred to as 4G LTE, many network carriers market their blazing fast speeds. However, LTE is only as fast as the user's proximity to an LTE service tower.

If you are looking for a new 4G LTE cell phone plan, check out Wirefly's picks for best plans of the year.

The Need For Faster LTE Speeds

While many smartphone users rely on wireless internet for connectivity at home, they use LTE to connect their phones on the go. Unfortunately, LTE is known for being spotty in both rural and urban areas. During an average commute, consumers can experience dips in speed that make it impossible to use data-heavy applications. Luckily, there are ways to increase LTE speeds and improve overall signal strength. In doing so, smartphone users can ensure that they are getting the most out of their data usage.

LTE was first proposed in 2004. However, it didn't become readily available for consumers until 2010. Theoretically speaking, LTE is capable of providing download speeds of 100 megabits per second and upload speeds of 50 megabits per second. This translates to 12.5 megabytes for downloads and 6.25 megabytes for uploads per second. That being said, speeds rely heavily on location and the actual smartphone. These speeds are only theoretically achievable if a user is standing near a tower and not using any other data on the device. Realistically, LTE peaks around 10 megabytes per second on US networks. Either way, these speeds are considerably fast. In fact, LTE is comparable to the average speeds offered by wired internet companies in the US.

There are a few ways to increase LTE speeds on a mobile devices and smartphones. However, the effectiveness of these techniques varies on a number of factors. Because there are multiple networks providing LTE, these techniques may work on some networks while being ineffective on others.

Network optimizers applications are becoming increasingly common. They have broad claims of optimizing network efficiency. There are a number of different optimizer applications available for Android and iOS devices, so it can be difficult for users to find one that actually works well.

How Do They Work?

Essentially, network optimizers work by implementing a simple algorithm that allows smartphone users to change the maximum speeds their device allows. In most applications, the algorithm changes the upload and download speed to favor one or the other. For example, a user may choose to increase their download speed by throttling the upload speed. These applications also change the GPRS class. In doing so, users can change the protocol on their phone that affects date usage. They can change the protocol to focus on faster speeds rather than stability.

Speed Optimizer is an effective network optimizer that increases LTE speeds for Android devices. There is a free version that allows users to change maximum speeds. The paid version provides more options. It comes with a Wifi scan tweaker and TCP Buffer. While effective, the application is known to drain battery life.

A signal amplifier is an effective way to boost signal strength, thus increasing speeds. It is a great option for those wishing to boost signal strength in their home or office. Signal amplifiers require a few pieces of equipment to create a system that picks up the signal from the nearest tower and amplifies it into the space. Creating the system is relatively simple, but can be costly.

To create an effective amplifying system, two antennas are required. One antenna is placed outside, usually on the roof of the building. It captures the signal from the network tower. This antenna should be placed high off the ground to avoid interference with anything that may weaken the signal, such as walls. The second antenna is placed within the building, usually on a high ceiling. This antenna is used to transmit the signal captured by the antenna outside. Between the two antennas is the actual amplifier. The amplifier strengthens the signal captured from the outside antenna and makes up for any cable loss. It then sends it to the second antenna inside the building where it can be captured by the mobile device.

When trying to get the best speeds possible, users should steer clear of other electronic devices. Electronics can interfere with the signal going to the mobile device, resulting in slower speeds. Things like televisions, appliances, and radios can get in the way of the signal. By staying away from these devices, smartphones can get a signal free of interference.

Placing The Device Near A Window

LTE service can be affected by a number of things. By placing the smartphone or mobile device near a window, it has a better chance of getting an unaffected signal. LTE network towers use waves to transmit information to a compatible device. If something is blocking these waves, the signal weakens. Next to a window, the device can get as much of these waves as possible. Concrete walls and metal can easily block these waves from getting to a device. Even wet trees have a reputation for blocking the signal.

Changing the Position of the Device

While it may seem rather ridiculous, users can change the orientation of their device to get a better signal. Modern smartphones carefully hide their antennas. These hidden antennas need to be properly aligned to get the strongest signal. LTE network towers operate in a single direction, so matching the right angle can dramatically boost speeds.

With this technique, users can change technical settings that are not found within a normal menu. These settings affect connection link guidelines that all smartphones have. When a smartphone connected to LTE service falls below a certain signal threshold, it drops the signal and reconnects to a 3G signal for stability. While this is great for users who want to stay connected at all times, there is a workaround that makes the smartphone stay connected to an LTE signal longer. It also ensures that the smartphone connects to LTE signal faster than normal. This technique works on all phones regardless of the carrier they are using. While it shouldn't harm the device in any way, smartphone users should be cautious.

To change the settings, users should dial ##DATA## into their keypad. Users can then go into edit mode. This mode allows users to tap into technical settings that aren't available on the usual interface. Once inside edit mode, users must enter their MSL. The MSL, or master subsidy lock, is a special code that allows users to change technical settings. Each MSL is different. Luckily, there are a number of applications available that can easily read the MSL of a smartphone. Once the MSL is entered, users must select the WiMAX menu.

In the WiMAX menu, users can tweak the settings, ensuring that they make the most out of their LTE signal. The WiMAX_ENTRY_RX value can be changed to -95 or -100. This value determines the signal threshold for LTE signal. By lowering the value, the smartphone will stay connected to the signal longer rather than connecting to a 3G signal. The WiMAX_Exit_CINR value determines the threshold for dropping a signal. It can be changed to 1 so that a lower 4G signal doesn't get dropped. The WiMAX_Exit_Delay value defines how long the previous parameter must stay active before the signal is dropped. By increasing this value to around 5, the smartphone will stay connected longer.

With these tips, smartphone users can get the most out of their LTE service. Instead of settling with substandard speeds, users can boost signal strength and get the speeds they are used to. Advances in smartphone technology have made the average user incredibly dependent on fast wireless speeds. LTE is used for gathering information, communicating with others, and having fun. With an increase in speeds, users can make the most out of their monthly data limit and enjoy their smartphones and mobile devices the way they were meant to be enjoyed. 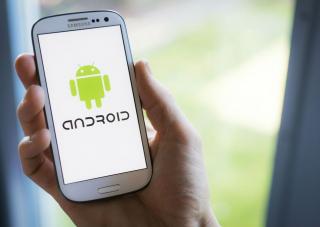 How To Spot A Good Android Phone 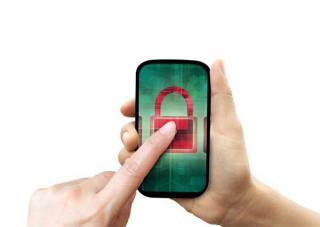