For consumers who don’t have unlimited data plans and can’t always use a Wi-Fi network, it can be challenging to limit data usage and avoid any overage charges. Even with an unlimited data plan, using too much data and reaching certain thresholds can result in throttling. The good news is that Android smartphones offer a simple way to limit data usage.

One difficulty when choosing a phone plan is for the consumer to figure out how much mobile data they’re going to need. Checking out past phone bills to evaluate data use can help, but if they’ve gotten a new phone, they may use it more and consume more data in the process. If it has 4G, it will also use a larger amount of mobile data.

There’s a misconception that phones only use data when the consumer is using them, but this isn’t the case. Apps often run in the background and still consume mobile data while doing so. For example, an email app will check the servers periodically to update for new emails. Automatic app updates also use data, although Google Play has a setting that limits updates to only when the phone is connected to a Wi-Fi network.

If the user wants to ensure that apps only update when the Android smartphone is connected to a Wi-Fi network, they just need to open Google Play, and then tap the icon with the three horizontal lines located at the upper-left corner of the screen. From there, they can tap Settings, and under the General section, they can select Auto-update apps. They can then tap the Auto-update apps over Wi-Fi only option.

To shut down mobile data use, the user must swipe down starting at the top of the screen, and then tap Settings. They should select Data Usage and flip this switch from the On to the Off position. The phone will no longer use mobile data, which means any tasks that require data will only work when connected to a Wi-Fi network.

Setting a Limit on Data Usage

The user can set limits on data usage for a month or any desired time period, and they can set up warnings that will notify them when they get near those limits. They should start by swiping down, opening Settings, and then tapping Data Usage. They should verify that the phone’s monthly usage cycle is the same as the monthly cycle on the phone contract to avoid any inaccurate information.

There will be a graph that shows how much data has been used for the current month. The user can drag the two horizontal bars on this graph to set a data limit and an alert threshold for each month.

If the user just wants to avoid using too much data without setting any hard limits, this can be done by disabling background data. Again, the user must go to the Data Usage section from the Settings menu. They can then scroll through the apps that currently use data on their device.

To prevent an app from using background data, the user must tap the app, and then select Restrict background data. This means that the only time the app will update is when the user actually opens it. Although this limits data use, it also means that the user won’t receive notifications for those apps. For example, any Gmail, Facebook and Whatsapp notifications won’t come through until the user opens those apps, which could result in missing something important. That’s why the user should choose wisely regarding which apps to restrict.

With some apps, there are other ways to minimize data usage. There could be an alternative version of the app that uses less data – Twitter, for example, also has Twitter Lite. Some apps also have data saver modes. Twitter’s normal app includes this option, and it adjusts the user experience through blurring image previews and other methods to save on data.

Users who need to keep data usage down should check out the settings of the apps they use to see if they have data saver modes or other features that can reduce data use. 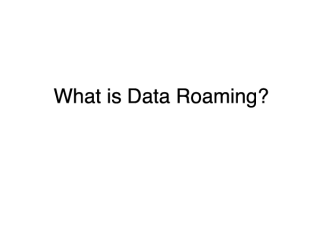 What is Data Roaming? 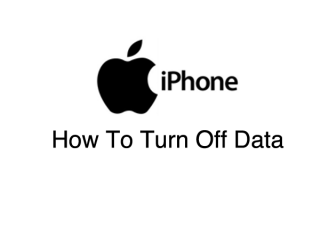 How To Turn Off Data On iPhone 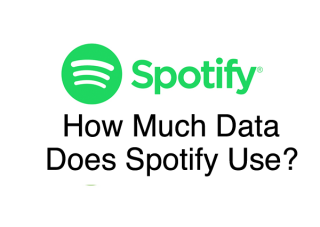