Mediacom claims to have impressive high-speed internet rates that range from 60 Mbps to 1,000 Mbps. There's a good chance that no one will need to have internet speed as high as 1,000 Mbps. Speeds as high as 100 Mbps are good enough for a four-person household where everyone streams videos. For people who have issues with maintaining their internet speeds throughout their home, Mediacom offers a WiFi mesh, called Xtream WiFi, help to remove dead zones.

Most internet providers will implement a hard data cap. The data cap restricts how much a person can stream, download, and upload. Mediacom gives their customers data choices. Mediacom's data caps range from 400 GB to 6,000 GB. Most households will never reach 400 GB. Other providers, like CenturyLink, set their data caps at 250 GB. While some providers, like Spectrum, don't have any data caps. Anyone who needs internet service for at least five people with heavy streaming and gaming activity may find the 6,000 GB cap appealing.

Warning: While having the ability to make choices can come with a decline in customer service. Mediacom often ranks below average in consumer surveys from J.D. Power, Consumer Reports, and the American Customer Satisfaction Index (ACSI). However, anyone who tries Mediacom and finds that they are unhappy with the service can take advantage of Mediacom's 90-day money-back guarantee.

Mediacom doesn't really claim to excel at much. However, the company's tagline does imply that all of their services from Mediacom are customizable to meet the customer's needs. The tagline gives the impression that everyone can structure their service to meet their specific usage needs.

Is the Claim True?

The customization that Mediacom mentions is nothing more than giving customers the ability to choose different speed options. Mediacom offers a range of high-speed choices that include: 60 Mbps, 1000 Mbps, 200 Mbps, 500 Mbps, and 1,000 Mbps. Anyone who requires basic internet services can't customize their internet to get less than 60 Mbps.

Other Things to Consider

The internet service provider industry is not known for having stellar customer service. Even Verizon Fios, the best-ranking ISP, received a 71 out 100 score from ACSI. That gives Verizon a C-. Mediacom is always at the bottom of every ranking, ACSI gives the company a 58. That's a solid F score. The ACSI doesn't state any reason for the rating. However, the score does indicate Mediacom may have inconsistent performance, frequent billing issues, and long hold times.

Mediacom has several plans. The 60 Mbps is $40 a month and the 100 Mbps at $50 a month are the company's two base plans. Anyone who needs faster speeds, can select the 100 Mbps plan and add a speed boost during checkout. Mediacom will increase the speed by 100 Mbps for an additional $10 a month. For $20 a month, customers can get an additional 400 Mbps and $30 a month will add 900 Mbps.

Mediacom's convoluted speed boost is a strange way for the company to organize what it offers. Other ISPs have a more straightforward approach to their pricing and plans. These ISPs also tend to cost less. AT&T's 1,000 Mbps costs $80 a month. Getting 1,000 Mbps with Mediacom will cost $90 a month, that's before the $10 modem rental cost and other fees.

The professional installation of Mediacom's services will cost customers $100. Anyone who wants to install the services themselves will be frustrated. On a positive note, the company has 30-minute appointment windows, and the installation can be scheduled for a weekend. Some people will appreciate not having to take a day off to wait all day for a technician.

A Deeper Look into Mediacom

High-Speed Plans: Mediacom's internet plans are designed for the active internet user. The company offers a variety of speeds from 60 Mbps to 1,000 Mbps. Customers can start with the base plan that is 60 or 100 Mbps, and speed boost the plan to 200 Mbps, 500 Mbps, or 1,000 Mbps. The boost increments will cost $10 more a month. A customer's data allowance will also increase.

Stream WiFi uses router pods to get rid of dead zones and extend the WiFi signal in large homes. Mediacom states that their mesh WiFi system works for large homes that have between 1,000 and 3,000 square feet. Mediacom's mesh system is free for the first three months. Once the free period ends, customers will have to pay $5 a month for the service. Anyone who lives in a large home that has problems maintaining a good WiFi system throughout the home may want to buy their own WiFi mesh system or use Mediacom's system.

Data Caps: Like with the internet speed, Mediacom's data options appeal to people who have larger homes or advanced internet users. Anyone who increases their speed plan will see an increase in the data. The increments begin at 400 GB and go up to 6,000 GB. Some internet providers offer unlimited data. However, 6,000 GB is more than enough for the majority of users. XFINITY states that the average data usage of its customers is around 130 GB a month.

Bundling Services: Consumers can get the tv and internet bundled service beginning at $40 a month. This bundle unlocks 100 channels and 60 Mbps. This may seem like a good deal, but the bill is really going to be around $110. Customers will pay a $10 local station fee and a $10 modem rental fee. The first bill will include the $100 installation and $10 activation fees.

Reliability: Across various types of internet, Mediacom's gives customers more than average reliability. In 2016, the FCC (Federal Communications Commission) reported on the reliability and performance of the internet providers. The report looked at how often customers received the internet speeds the company advertised. Mediacom provides the speeds they advertised about 80% of the time. While this is not too bad, it's not that great. Comcast delivers advertised speeds more than 90% of the time. But, Mediacom still beats Cox, which only provides the speeds they advertise 75% of the time.

90-Day Money-Back Guarantee: While Mediacom's customer service is wanton, the company does offer a 90-day-money-back guarantee. Anyone who doesn't like the service, within 90 days of getting it, can cancel the service without penalty. It's important that anyone who requests a cancellation follow up and request their refund. Mediacom's policy states that subscribers must cancel the service within 90 days and request a full refund of the equipment rental and monthly service fees.

The Competition vs. Mediacom

Spectrum doesn't have data caps and there are benefits to using the companies bundling services. Customers will get a free modem, free installation, and free DVR service with the Triple Play plan. In the first year, Spectrum customers who have this plan will save almost $200 a year. The plans are simple. Customers don't get a lot of speed choices, they can select 60 Mbps or 100 Mbps.

Another provider without data caps is WOW!. The service offers speeds similar to Spectrum. In most locations, 100 Mbps costs $40. This is a far better value than Mediacom charging the same price for 60 Mbps. Wow! is ideal for streams and places fourth on the Netflix speed index, just under Comcast and two other fiber-optic choices.

While AT&T is always ranked high on the list of internet providers that have great customer service, Mediacom is at the bottom of the list. AT&T also offers data limits and high speeds for each of its plans. However, this all depends on AT&T's availability. AT&T has a limited internet service package. Also, unlike with Mediacom, subscribers will have to select a bundle to choose between internet speeds.

What Are Others Saying

According to a Fortune report, Thomas Larsen, Senior Vice President of Government and Public relations, believed that Mediacom was at a disadvantage when compared to its larger competition. It's smaller customer size means the ACSI surveys would have a smaller sample size. Mediacom has invested in improving the customer service experience. These improvements included improving the mobile experience and instituting flexible scheduling for service installations.

Mediacom's customers in Missouri were left without service for several hours. The Missourian reported that Mediacom experienced a statewide outage. The outage affected the internet and phone service for 70,000 to 90,000 businesses and households. The cause of the outage was construction crew who accidentally cut a cable line. The outage lasted for six hours and even affected the ability of businesses to operate.

While Mediacom has high-speed options for households that heavily stream media, it's customer service is horrible. The company's customer service record should be weighed against the needs of the consumer when considering this internet provider. 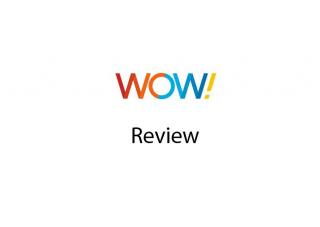 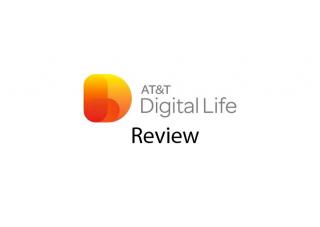 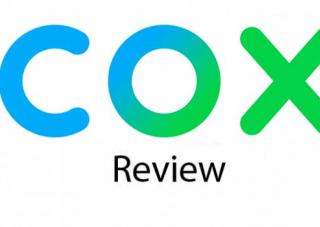