Why Does My iPhone Get Hot and How To Fix It

An iPhone is essentially a pocket-sized computer, and like any computer, it will generate heat when in use. However, unlike a laptop or desktop, it doesn't have a fan to cool it down when it gets hot.

That being said, there are a number of reasons for why an iPhone or iPad might get hot. Here’s a look at why this happens, what you can do to fix it, and when it may be time to visit an Apple store for repair.

Why an iPhone or iPad Gets Hot

Like computers, these devices generate heat. The battery and the system-on-chip, which is similar to a computer’s CPU, are the two primary components responsible for heat production. Unfortunately, unlike a desktop or laptop, there’s no built-in fan to directly cool the components down. On the contrary, an iPhone or iPad’s metal housing acts like one big heat conductor.

When an iOS device heats up and becomes noticeably warm, heat is simply escaping from the internal components, which is a good thing. That being said, the ARM chips utilized in these devices are remarkably efficient in the amount of heat they produce. In fact, they only become noticeably warm when being overworked for a significant amount of time.

There’s an ongoing debate as to whether or not Apple intended for its users to put their iPhones in third-party cases. However, stores are full of iPhone cases from dozens of different manufacturers. Today, Apple even makes their own cases. If you walk into an Apple store to buy an iPhone, chances are an associate will ask if you would like a case when completing your purchase.

Therefore, while they certainly don’t help, a case can’t necessarily be blamed for an iPhone’s heating issues. In fact, in most instances, cases are not a problem. Nonetheless, if you are experiencing frequent overheating issues, charging the device while using powerful applications, or if you live in a hot climate, taking the case off may help dissipate the heat more efficiently and keep it cooler.

When an iPhone or iPad Gets Too Hot

Warm and hot are two very different things. There’s also a noticeable difference between hot and being too hot to hold. Apple’s iOS devices are designed to operate between 32-95 degrees Fahrenheit and 0-35 degrees Celsius. If used in climates above or below these temperature ranges, problems can occur, including overheating.

If an iPhone or iPad gets too hot, a message will appear on the screen telling you of the problem. Many primary functions of the device will also be switched to low-power mode, or in some cases, completely disabled. Fortunately, many times simply not using the device for a few minutes and letting it cool down in a shady environment will normally do the trick and result in no permanent damage.

Running demanding apps in a hot environment, prolonged sun exposure, and leaving a device inside of a car on a sunny and hot day can all trigger the on-screen temperature warning. However, if the “Slide for Emergency” message pops up on the screen, emergency phone calls may still be able to be made.

To cool an iPhone or iPad down when it gets too hot, simply turn it off and move it out of the sun into a shady environment. Since charging a device results in increased heat, if it is charging, the charging cable should be removed as well. If a case is being used, removing it will also help. By taking these steps, the heat should start dissipating in a matter of minutes.

While tempting, one of the worst things you can do is to put the device in the refrigerator or any other cold environment that will result in a hasty temperature change. Direct airflow from an AC unit, especially in a toasty environment like a hot car, should also be avoided. Rapid cooling will cause condensation and potentially result in damage to the device’s internal components. Instead, the device should be cooled gradually.

If an iPhone or iPad Always Gets Hot

It’s perfectly normal for an iPhone or iPad to generate heat, but if a device always gets hot when used, it might be a sign of a hardware problem or issue with the iOS. More often than not, software is the cause of overheating issues. If heating issues seem to have begun suddenly, it might be a good idea to disable recently installed apps by rescinding background app permissions. To do so, simply click “Settings,” then “General,” and finally “Background App Refresh.”

Deleting new apps entirely may also help, especially if they are always active in the background. To tell if you have any active background apps, hit the “Home” button and look for a bar at the top of the screen. Red bars signal the most important apps to consider removing. These apps use processing or battery power, so they are particularly taxing on the device. Blue bars signal navigation via Apple Maps or tethered devices. Lastly, green bars signal regular phone calls and FaceTime calls that are still active in the background.

While some apps can crash and remain in the background, many apps, such as digital instruments and audio workstations, are designed to actively remain there. To stop an app from running in the background, simply tap the “Home” button twice, scroll to the app, and move your finger quickly up to the top of the screen to swipe it away.

If the overheating problem isn’t being caused by an app or process, other measures may need to be taken. Some iPhone and iPad users have been able to restore their devices in iTunes. To try this, use a USB cable to plug it into a desktop or laptop computer running iTunes. When prompted, select the device and go to the “Summary” page. Then, select “Backup.” When finished, remain in the same tab and click on “Restore” to take the device back to its original state and re-install the iOS. When prompted, the device can then be restored using the backup previously made in iTunes.

If all of these measures prove unsuccessful and your iPhone or iPad is still overheating, it may be time to visit an Apple store and have them give it a once over. If you have AppleCare or of the device is still under warranty, the repairs will cost nothing at all. Even if none of these applies to you, the problem can still be diagnosed for free and you will only be charged for authorized repairs.

Lastly, if an iPhone or iPad is always getting hot, the cause of the problem may be a non-certified third-party charger. Only Apple chargers or third-party chargers with the “Made for iPhone” seal of approval should be used. Uncertified chargers have been implicated in a number of fires and can also damage your device.

Heat is normal with an iPhone, iPad, or any other computerized device, especially those with lithium ion batteries. When used, a phone will be warm to the touch. Unless it is always warm for no apparent reason, there’s no need to worry. For optimal use, always avoid leaving your device in the sun, especially with the screen facing up. By keeping this and these other tips in mind, your iPhone or iPad will stay cooler, work better, and serve you well for years.

iPhone Stuck on Apple Logo and How To Fix It 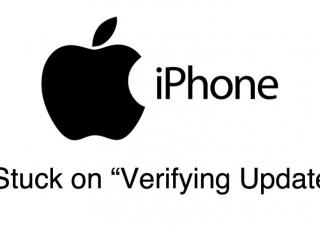 iPhone Stuck On Verifying Update and How To Fix It 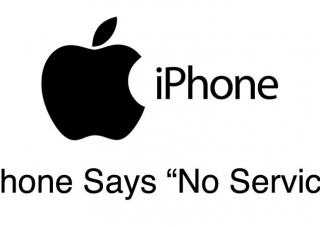 iPhone Says No Service and How To Fix It
What Does "Carrier Settings Update" Mean on iPhone?