One of the most important concerns for a lot of customers looking to choose an internet service provider is the price. Internet access is an essential part of everyday life to most people now that they can't imagine living without. Their plans range from $30 a month to $90 and offer speeds from 5 to 300 Mbps. While $30 may seem like a decent deal for internet, the 5 Mbps speed doesn't make it a good choice for many customers who want to do more than just browse the web.

Cox's Internet Starter is their lowest priced plan at $30 a month and 5 Mbps. Unfortunately for Cox, and customers that don't have any other options, XFINITY by Comcast offers the Performance Starter service plan for $10 less that doubles the download speeds with 10 Mbps. XFINITY seems like a much better deal for their lowest-priced package. They do offer more packages than most service providers do, but this doesn't necessarily mean the service is any better because of it.

Like a lot of internet service providers, Cox charges different monthly service prices depending on the location. This makes it a bit harder to estimate the cost when the advertised prices aren't what someone would actually be paying. In one area, the actual price of the Internet Starter package was $15 more. While no customer is happy with the varying prices between zip codes, it is something that most ISPs have been doing for a long time and it doesn't look like it's going to change any time soon.

As mentioned earlier, Cox internet service does not require a contract. In fact, they don't even have long-term contracts available. A lot of internet service providers will offer discounts if a customer agrees to be tied to the service for a year or two, but this discount comes with an expensive early termination fee. No contracts with Cox means no early termination fees and this is great for people who move a lot or live in apartments. Cox also offers TV service though, and some money can be saved by purchasing a TV and internet bundle.

For just one person, a good recommendation would be Cox's Internet Essential Plan. The 15 Mbps download speed isn't the best, but it is enough to watch Netflix with minimal interruptions with buffering. Usually enough that is, as long as there aren't any other devices connected as well. For $40 a month, the speeds are faster than DSL and it's enough to do most of what people need to do on the internet. Downloading a high definition movie that is 2 hours long will take about 20 minutes, which isn't too bad. If someone just needs to surf the internet and stream shows, they should be perfectly fine with this plan.

If the internet is for roommates or a small family, more speed is probably going to be needed. Especially if there is more than one streamer in the household. At 50 Mbps, it's enough speed for around 3 people to be using the internet at once as long as they aren't all watching Netflix or Hulu at the same time. It costs around $60 a month for this plan but the advertised speeds are ten times higher than the Internet Starter plan. It's not the fastest internet plan available but it will work for a lot of smaller households. If a household needs a faster connection, Cox internet service offers a 300 Mbps plan for around $90 a month.

The fees for Cox service aren't very clear so it's pretty hard to figure out exactly what the price will end up being until you confirm it with a customer service representative. When a customer orders internet from Cox, they are charged a $20 fee as a "self-installment and shipment fee". This charge will be applied to the account whether or not they use a modem from Cox or use their own. So basically, if someone brings their own modem they get charged $20 to plug it in. This fee is still a lot less expensive than the fees Time Warner and Comcast charge for installation even if it doesn't sit very well with customers. This is one of those charges that some customers have luck getting waived when they ask customer service about it. It's worth a try, but it's definitely not guaranteed. Due to the fact that Cox offers internet service without any contracts, there aren't really any more service fees to worry about. This includes the hefty early termination fees that a lot of internet service providers charge.

What Cox charges for their equipment fees are pretty standard in the industry. For $9.99 a month, a Wi-Fi enabled modem can be rented from the company. If they choose to purchase a modem from Cox, it'll set the customer back around $170. They don't list the make of the modem on their website, but they do say that it is a DOCSIS 3.0 Wi-Fi modem. That basically just means that it's a combination wireless router and modem, what most internet service providers have been providing their customers in the last few years.

The modems that ISPs supply their customers are usually pretty run of the mill, sometimes they can be pretty disappointing in some cases. They're not really bad, they're just not that great. Generally, it's a good idea for customers to go ahead and purchase their own. Tech speak and confusing statistics can confuse a lot of customers from going ahead and purchasing their own, but really it doesn't have to be that complicated. If somebody already has a modem and wants to use it with Cox internet service, it's important to check their website to see if it will work on their network.

One of the easiest ways to choose a modem is to check out the best-selling models on websites like Amazon. These can usually cost considerably less than the ones sold by the internet service providers themselves. For example, one of the most popular modems online will save the customer $50 compared to the modem that Cox offers. A bonus of purchasing a modem separately is that they can usually be used with other internet service providers, which combined with Cox not having any early termination fees is pretty great for people that are switching services.

Now, here is where Cox seems to really fall behind compared to its competitors like Spectrum and XFINITY: their speed. Their speeds are pretty disappointing. When the FCC measured the actual speeds of the internet service providers in the United States, Cox's speeds didn't measure up to the speeds that they were advertising. The actual download speeds averaged around 75% of the plans' offered download speeds. Now, this isn't what every customer will experience, really these measurements are only what 80% of users experience during 80% of their time on the internet. For some customers, they won't end up falling into the category of people who are receiving slower internet speeds. On the other hand, some may end up getting speeds that are even slower than what the FCC reported.

Their competitors Spectrum and XFINITY were measured much higher than Cox at 100% and 99%, respectively. Cox just isn't performing as well as the other cable internet providers. On the other hand, DSL services all performed much worse in speeds, with AT&T only deliver 45% of the advertised speeds. While Cox's performance may not look so great, they are still a better option than DSL internet.

There is a data limit with Cox internet. Each monthly cycle comes with a data limit of 1 TB or 1,024 GB. This data cap is the same across all of the different plans. That number may not mean that much to some people, but it's a fairly reachable amount for some internet users. If a customer streamed high definition videos for 400 hours, they would go through their data limit. That's a lot of Netflix, but binges do happen and sometimes people just want to watch every episode of Seinfeld.

For most internet users, this cap will never be reached. If someone is just going to watch a couple hours of videos a day and browse social media, they have nothing to worry about. If there are a few people using the internet and they all like streaming Hulu and video games, there might be a chance that they're going to reach it. No matter how little someone uses the internet, it's still a good idea to check the usage just to make sure there isn't any unusual data usage from someone using the network without permission.

Cox's customer satisfaction score is pretty average among internet service providers. With a national average of 64, Cox internet's score of 63 shows that the service comes with about the expected level of frustration that customers expect from an ISP. Fortunately, they did make some improvements from last year when they only scored 58.

Being so average may not seem that important, but compared to some of their competition it is. While Spectrum got 66, 3 points higher than Cox, Comcast XFINITY only scored a 59. Customers have been dissatisfied with internet service providers since the days of dial-up and things haven't really gotten any better. With customer service and technical problems being so frustrating in general, just that little bit of a difference could probably save some time and hassle.

While Cox internet may not be fantastic, it's still better than DSL. Much better really, in speed, reliability, and other factors. In the end, it's not bad. Spectrum and Time Warner may be better, but a lot of times Cox is the only thing available in that area beside DSL. Also, with the bonus of not requiring a contract, it can be canceled at any time to try a different service if it becomes available. Among ISPs, Cox internet really isn't that bad. 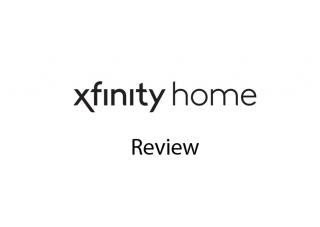 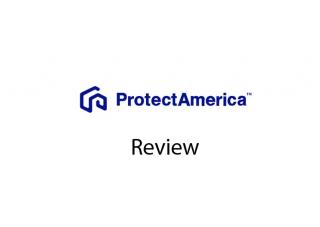 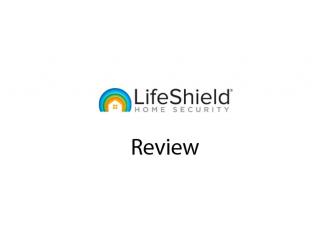 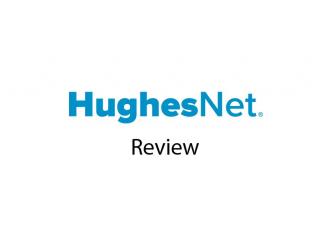