The Bottom Line: A Good Choice for No-Contract Internet and TV

Suddenlink looks like a good choice for users who want no-contract internet and the ability to add television service either upon sign-up or at a later time. However, the provider will have to overcome low data limits and possible objections from users who do not want to pay an installation and/or activation fee.

Not Exactly at the Speed of Light

As of January 2017, Suddenlink offered 100 megabits (Mbps), 200 Mbps, and one gigabit (Gb) plans. However, those speed plans were only available in limited areas. Users who want to see if those speeds are offered in their areas, should look search by location or zip code or reach out to customer service.

While pricing varies by location, Suddenlink offers a 50-Mbps plan for the price of $39.95, which represents a good value. The speed means users gain the ability to download a two-hour HD movie in less than 10 minutes. For those users who require a quicker speed, Suddenlink offers 75 Mbps speed for an additional $10 a month.

Those who want a no-contract option may need to sacrifice some speed with Suddenlink. As an example, the 50 Mbps plan has a five Mbps upload speed, which is slower than other providers. Users will need to have some patience because it will likely take a few more minutes to upload things like high-resolution photos. However, when looking at the overall product and price, the longer upload time would only affect users who are constantly uploading items like photos, movies, and music. Since most people do not constantly perform this action, the lower upload speed should not be a big concern.

For those who want the best Netflix experience, Netflix itself states that Suddenlink is the best Internet Service Provider (ISP) to stream shows and movies.

A verification of Netflix’s ISP Index, the system that measures the performances of ISPs, rated Suddenlink in 2015 as the best ISP for average speeds. The significance of the ranking means Suddenlink beat out bigger players like AT&T, Verizon, Windstream and CenturyLink. Furthermore, users who want stronger buffering rather than data limits should opt for Suddenlink.

While all Suddenlink’s plans are cable internet ones, the online pricing for Suddenlink has room for improvement. For example, lower-speed plans had the same price as higher-speed plans – The 30 Mbps plan and the 50 Mbps plan came out to the same price. This is attributed to the difference in the quality of cable connections as those do vary by area, which means the speeds will too.

The Downside of the Data Limit

Cable is better than Digital Subscriber Line (DSL), but users should remember that speeds are affected by the number of people sharing a line. If too many people are sharing the cable line to binge watch the same show, a user may experience a slower internet connection.

Suddenlink’s plans limit customers to 250 or 350 GB of data, which is decent for those who want to use the internet. However, users who need to connect multiple devices or share data with friends or family will likely be impacted by these data limit.

While Suddenlink offers unlimited data plans, their availability is limited at this time. However, users are encouraged to call Suddenlink to see if unlimited data is available, or will soon become available, in their area. In the meantime, Suddenlink has taken some steps to mitigate the low data cap. The company does not charge its users a fee for going over the limit until the third time. If users end up going over the data limit, the fee is reasonable at $10 per 50 GB.

Customer Support, Fees, and Other Services

While customer support interactions went smoothly, American Customer Satisfaction Index (ACSI) and JD Power gave Suddenlink average ratings. Despite those average ratings, this article ranked the company a “low” for frustration level. Customers do not have to enter into a contract and Suddenlink eliminated the need to deal with early termination fees (ETF).

To help readers visualize Suddenlink fees, there is an installation charge of $30 and an activation fee of $20 when signing up for the 50-Mbps plan. However, potential users should keep in mind that both charges are specific to the ordered plan, meaning a user might have one charge, both or the charge and fee could be higher. To avoid any confusion, ask a customer service representative if there are any additional charges or fees for the chosen plan. Also, ask to get that information in writing.

Suddenlink offers users the ability to add television. Moreover, those looking to save money may want to bundle an internet package with a TV one. Just like its ISP service, Suddenlink TV also comes without the need to sign a contract, and the product uses TiVO for those interested in Digital Video Recorders (DVR).

Suddenlink’s Internet 75 plan earns the top spot. The 75 Mbps download speed the plan offers should be enough to cover internet needs for around two to three people who use multiple devices. This plan only costs $49.95 a month.

Consumers who want a TV and internet bundle should look into the HDTV & Internet 75 plan. It costs $92.95 a month and has 200 channels.

Suddenlink smartly targets consumers looking for no-contract internet options. The company does it while offering a reasonable price without frustration. Those looking for a new ISP or want to see what other options exist in their area will likely find Suddenlink provides an appealing alternative to the bigger players.

Suddenlink's cable internet plans do away with contracts while offering affordable pricing and the ability to bundle with a television package. Potential users should ensure the data limit and chosen speed will handle their needs prior to signing up. As a reminder, potential customers should also be aware of any additional fees. 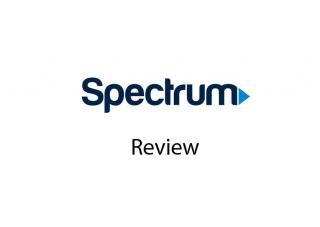