How to Find a Lost or Stolen Cell Phone

A lost cell phone is a major inconvenience. Unfortunately, it can happen easily, especially considering how many people keep their phones in their pockets and use them frequently throughout the day. All it takes is a person setting their phone down in a public place and forgetting to grab it before leaving.

When someone loses their phone, they obviously want to get it back as quickly as possible. For one, people rely on their phones to stay in touch with others. Most use their cell phones personally and professionally. Also, the longer a person is without a phone, the more likely it is someone could find the phone and steal valuable information.

The good news is that there are avenues available to track down a missing phone. Smartphones running the Android, iOS and Windows Phone operating systems will typically even have built-in software available expressly for this purpose, and if not, there are plenty of apps available to do the same thing. This guide will cover tracking down a lost smartphone, from the most advanced devices to older flip phones.

The three major providers of smartphone platforms are Apple, Google and Microsoft, although Microsoft is now discontinuing its Windows Phones going forward. All three install retrieval technology into their smartphones, which means the user can track their phone even if they didn’t install their own tracking app on it first. These built-in apps typically connect with one of the user’s online accounts. If it’s an Apple phone, it will connect to an iCloud account. An Android will connect to a Google account, and a Windows Phone will connect to a Microsoft account. The user simply needs to log in to the corresponding account and they can perform multiple remote actions with the phone, including locking it, wiping it clean, prompting it to ring or setting up an alert message on it.

It’s important to note that these functions will only work if the phone has enough battery power. They stop working if the phone dies, which is one reason why it’s smart to avoid running the battery on a phone down.

If someone finds a smartphone, it’s best for the user to be cautious in what information they reveal while communicating with that person. Providing any personal information, including the user’s address, would be unwise. The user is better off providing either a phone number or email address where they can be reached and communicate with the potential good Samaritan from there.

Now it’s time to take a look at finding a lost smartphone with each of the three major operating systems.

How to Find a Lost Android Phone

With Android devices, the user has the option of Google’s proprietary service that can pinpoint a lost phone’s location and manage it remotely, or a variety of third-party applications that serve the same purpose. The built-in option is Find My Device, which is part of Google Play Service. It’s available with almost all devices that have the Android 2.3 operating system or later, and it’s very easy to use. When logged in to their Google account, the user can simply perform a Google search for “where is my phone.” The service then uses GPS and Wi-Fi to look for the phone. Although the user can set up the Find My Device service ahead of time, it can typically find the phone either way. Besides tracking the phone’s location, Find My Device can also call the phone, create a new password, make it ring and perform other notification functions.

The user can confirm that their Android has Find My Device active by going to Settings, Google, and then Security. Then, they will want to verify that “Remotely locate this device” along with “Allow remote lock and erase” are on.

Should the user be unsuccessful in locating their smartphone, Find My Device allows them to wipe it and protect any sensitive information that was on it. This only works if the phone has sufficient battery power and internet access, though. One valuable feature in Android 5.0 Lollipop is Google’s Factory Reset Protection. When this is enabled, if anyone factory resets the phone and attempts to set it up like it was new, they’ll need to enter the login credentials for the device’s previous registered Google account. If the credentials aren’t entered, the phone stays locked, preventing a thief from selling the phone or using it.

As far as third-party apps are concerned, Cerberus Anti-theft is a popular choice because of its solid tracking function and other helpful features, including screenshots of device activity and photos from the phone’s cameras to potentially identify a thief.

Samsung smartphones have a service called Find My Mobile, which functions similarly to Find My Device. This service requires a Samsung account to use. The user can see if it’s active by going to Settings, followed by Security. If there is a Find My Mobil option, then that service is available with the phone, and the user can tap on it to enable remote controls.

How to Find a Lost iPhone

There’s one option with lost iPhones, and that’s Apple’s Find My iPhone service, which is installed with all iOS devices. The user will need either a computer or another Apple device for this service, and it requires the phone to be on and have an internet connection.

To use Find My iPhone, the user must start by logging into their iCloud account and opening the service. A map will come up with the iPhone’s location. There are a few options available, including playing an alert sound, putting the phone in lost mode and sending it a message, or wiping its data. None of these features requires any advance setup on the user’s part.

Despite the name, Find My iPhone isn’t just for iPhones. It also works in locating iPads, iPods and Mac computers. Even though this is the only option available for Apple devices, that’s not a big deal, because it works very well and the map is highly detailed to help the user pinpoint exactly where their phone is. There have even been situations where police officers were able to track down and arrest criminals using Find My iPhone.

There is also a built-in security feature with iPhones similar to the reactivation lock that Samsung smartphones have. This feature is called Activation Lock, and it makes a person trying to use the iPhone enter the registered Apple login credentials for that phone in order to wipe the data, reactivate it or turn off the Find My iPhone feature.

Related: How to use Find My iPhone from a computer

How to Find a Lost Windows Phone

Microsoft has its own built-in Find My Phone service in Windows Phone 8.1 and later, and it doesn’t require the user to configure anything once they set up their Microsoft account to their phone. Like the other phone retrieval services, Microsoft’s service requires the phone to have an internet connection and be on. It shows the phone’s location on a map and has the options of setting off the ringer or erasing the phone’s data.

The service is available on the Microsoft devices page. This page includes all the user’s phone and tablet devices, and then they simply choose the one they wish to locate.

How to Find an Older Cell Phone

It’s more difficult to find older cell phones since they don’t have the advanced apps and features that smartphones do. Still, there are a few tried-and-true methods that can work well.

The first thing the user should do is call their cell phone and listen for its ringer. Even when the phone is on vibrate, the vibration can still be audible if the user is close enough. And if a good Samaritan has found the phone, they will probably answer it to find out how they can give it back. For situations where the user doesn’t have a phone to call their missing cell phone, there are websites that offer calling services, including freecall.com and wheresmycellphone.com. These each give the option of calling a phone and either leaving a voicemail or talking to the person who answers.

Next is a visual search. The user should try to retrace all their steps and see if they can spot their phone anywhere. Even if they called the phone and didn’t hear a sound, looking for it is still a good idea, because it may be off due to running out of battery power.

If both of those methods fail, there’s texting the phone. The text message should include the user’s contact information and, if they want to sweeten the pot for anyone who finds the phone, a reward offer. There are quite a few sites that send text messages to phones free of charge, including txt2day.com.

When the user has tried the above methods without any luck, they should let their service provider know about the lost phone. It’s possible that the provider has a GPS locating service and can track down the phone, although this isn’t always the case. Still, it’s worth asking about. If not, the user should request that the carrier suspends their service. Otherwise, anyone who gains access to the phone could make fraudulent charges using it. Whether the carrier can do this will depend on their policies, but most will provide some type of recourse for the user.

After that, the user can register their missing phone at MissingPhones.org. This will require the phone’s serial number. This serial number may be available on the phone’s packaging, if the user still has that, or the carrier may have it available, although this is unlikely for an older cell phone.

There are tracking services available even for non-smartphones, with AccuTracking being one of the more popular options. It’s a wise decision for anyone to register for this service if their phone doesn’t have its own tracking app available, especially if they’re the type of person who loses phone often. Even if they don't have a history of losing phones, this service can still come in handy. 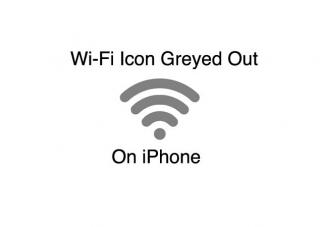 Wi-Fi Greyed Out On iPhone and How To Fix It

How to Make Free Phone Calls with your Gmail Account 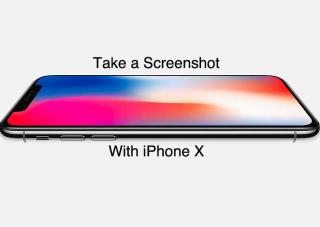 How To Take a Screenshot On iPhone 11 and iPhone X 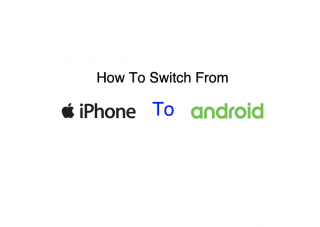 How To Switch From iPhone To Android