Now that the CTIA's Consumer Code for Wireless Service is being observed, carriers can now longer refuse to unlock a device for customers if they meet some requirements. Even before this, T-Mobile had a reputation as a company that is relatively open to unlocking their phones. You can get your T-Mobile handset unlocked so that you can use it with another carrier after meeting a few requirements. The carrier requires that the device be actively used on their network for a minimum of 40 days before allowing an unlock. There is also a limit of two unlocks per service line per year, which should be more than sufficient for the majority of mobile users.

To unlock a T-Mobile device, it must not have been reported to the company as lost or stolen, or have been used in a manner that breaches their terms of service, such as being associated with fraudulent activity. There are additional requirements that vary depending on whether the device was purchased on a contract, financing plan or used with the prepaid service.

Two-Year Contract. Phones purchased on a contract can be unlocked after 18 months of consecutive on-time payments. If you don't meet this requirement, you may still be able to request a device unlock, however you will have to switch to a Simple Choice plan. Your account must be current with no past due balance.

Financed Devices. Customers on T-Mobile JUMP! or the Equipment Installment Plan can have their devices unlocked if their account is in good standing and the equipment has been paid off in full. Those who still have installments remaining on their financing plan may be able to qualify for unlocking by paying off the remaining balance in full.

Prepaid Customers. An unlock will be granted to devices purchased for use with the prepaid services if they've been actively used on the T-Mobile network for over 12 months. Those who have been active for less time may still be unlocked, provided that the account has received over $25 in prepaid refills for basic phones and $100 for smartphones.

Deployed Military Personnel. Customers serving in the military and deploying abroad are able to request a device unlock at any time simply by providing a copy of their deployment papers. The only other requirement is that the account be up to date with no past due balance.

Any customer meeting the requirements can request an unlock code by contacting T-Mobile's customer service department. They will need the account number that the device is used on, the account holder's name, the account password or last four digits of the holder' SSN, the device's IMEI or MEID number, which is located under the battery cover or on the back of some phones and can also be obtained by dialing *#06# on the phone and pressing the “Call” or “Send” button, as well as the phone number for the line the device is being currently used on. Customers requesting an exemption to the usual policies because they're going overseas for military deployment will be provided information on where to send their deployment papers by the customer service agent.

How To Unlock a T-Mobile Phone by IMEI

​You can also use the tool below to unlock your T-Mobile phone using the IMEI code through our partner, DoctorSIM.

Before you unlock your T-Mobile device, you should make sure that it's compatible with the network of the carrier you're planning to use it on. As both T-Mobile and AT&T use GSM technology for their networks, most unlocked devices from either carrier should work on the other network. LTE devices shouldn't have any problems either, as both companies use band 4 for their LTE networks.

Verizon uses CDMA technology for their network. This means that T-Mobile GSM devices can't be used for calling or texting on their 3G CDMA network. However, both companies use the same spectrum for 4G LTE, so there shouldn't be any problems using a T-Mobile LTE data device like a tablet on Verizon.

Things are a bit more complicated with Sprint, as they're a CDMA provider and use a different band spectrum than the other carriers for 4G LTE. So far, they've been unwilling to let their customers use non-Sprint equipment on their network.

There are many smaller wireless providers that are either T-Mobile prepaid brands or MVNOs using their network. Your unlocked device should work perfectly well with these companies, as they use the same network as T-Mobile.

If you're traveling internationally or are going to be living abroad for some time, you may find it more advantageous to purchase a local SIM card in the country you're going to and using it with your unlocked T-Mobile phone. As T-Mobile uses the GSM standard for their network, their devices should be compatible with mobile networks in practically any country. To verify if your phone will work with a certain carrier, you can contact them or look up the information on their website. Jump to top 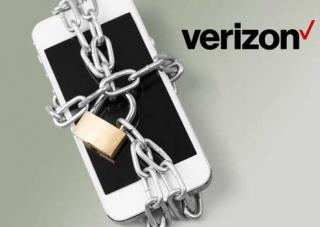 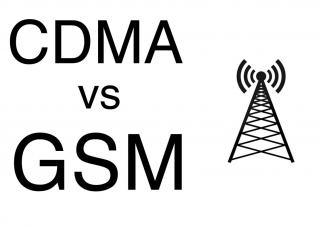