RCN doesn't claim as much of the market share as the larger internet providers. However, this medium-sized internet provider is popular in Massachusetts, Illinois, and a few other metropolitan areas.

RCN is an aggressive competitor when comes to internet pricing and speeds against the large companies like AT&T and Comcast. Customers are benefiting from the competition. RCN is increasing the fiber network to offer gigabit service of 1,000 Mbps. These changes are mainly occurring in the Chicago, NYC, and DC metropolitan area.

The pricing for RCN's basic daily plan is competitive with service that's in 50 Mbps range. As of now, all of RCN's plans come with unlimited streaming. For this reason, RCN is a good service for people seeking to cut the cord.

The Pros and Cons of RCN

An Overview of RCN Plans

RCN has several internet packages with at various price points. The plans' internet speed ranges from 10 Mbps to 1000 Mbps. Of course, the top internet speed does vary from one location to the next. RCN pricing is competitive when compared to other internet providers. Because RCN offers competitive pricing, it's a great option for people looking for good prices. Because RCN does not have contracts and comes with unlimited data usage, this company is a good option for cord-cutters and renters.

RCN, like the majority of cable providers, use coaxial and fiber cables in their network. So, what does this mean? Essentially, it means that RCN is investing in faster internet speeds to compete with companies like Verizon Fios and Google Fiber.

It's expensive to upgrade a network, so the rollout process isn't going to happen quickly. The majority of RCN customers will have a hybrid cable/fiber service. While the service will deliver faster internet speeds, it's not going to be as fast as a 100% fiber-optic network.

What Upload Speeds Will Customers Get with RCN GIG Internet?

RCN's Gigabit plans give customers upload speeds between 20-50 Mbps. This is much slower than the 1,000 Mbps provided by a true fiber optic internet, but it's a considerable improvement from DSL and traditional cable. By having a hybrid fiber-coaxial service, RCN is able to offer competitive pricing and the best speed-to-price value in their service areas.

Most internet activities (using Facebook, watching YouTube videos, etc.) requires more download bandwidth than upload bandwidth. While RCN may have a slower upload bandwidth, it still provides a quality experience in comparison to traditional cable tv. RCN doesn't compare to fiber optic service when doing activities like streaming on Twitch or chatting via Skype. However, having around 20 Mbps is still allows these internet services to work fairly well. Customers won't have to deal with buffering issues or packet loss unless the internet is used by a large household.

Is RCN a Good Internet Provider for Watching Netflix and Streaming?

Because RCN does have data caps, it's a good choice to stream. Many of the larger internet service providers, like Comcast, have placed data limitations on their residential plans. RCN decided to take a different approach. The company encourages their customers to binge watch tv showing using sites like Netflix.

Promoting binge-watching isn't really a great way to get people to use RCN's TV service. However, their position has garnered the company a positive response and increased their customer approval rating. A lot of cord cutters have made the switch to their service.

The main problem RCN customers have with the service is a common issue for cable providers. While RCN's speeds are faster than DSL, it can vary throughout the day. The variations in speed are caused by bandwidth sharing in neighborhoods. The speed variations occur when the fiber line ends at a central node and then switches to an older coaxial cable before it reaches the subscriber's home.

Because of the popularity of Netflix and similar streaming services, it is difficult for cable providers to handle the demand for increased video streaming bandwidth. During the high-usage periods during the late afternoon and evening, the increase in demand can cause speeds to decrease. While this typically does not affect the picture quality, it will cause downloading files and gaming to experience a decrease in speed.

RCN is a great provider. Unfortunately, the company doesn't have a high availability. Anyone who doesn't live in, or near, a major city is not likely to have this service provider as an option. RCN's service area includes Philadelphia, Boston, Lehigh Valley, DC Metro, New York, and Chicago.

RCN's focus is on installing their fiber-optic network. It makes sense that their efforts are concentrated in major cities where they can get a higher number of customers.

Anyone who wants to know if RCN is available in their area should visit the company's website for more information.

Anyone whose home is already a part of RCN's network can install their own equipment. Not using a professional technician to install the equipment does save money. However, anyone who is not a part of the RCN network or isn't comfortable installing their own equipment will need a professional technician. Compared to other cable companies, RCN's installation process is not aggravating.

Customers who have used the service say that the company's technicians gave them a 2-hour window to install the service. The technicians actually arrived during that timetable. RCN will give customers a $20 credit if the technician arrives at the appointment late.

What are RCN's Equipment Options?

The gateway that comes with RCN service depends on the plan customers select. RCN has options for standalone modems and routers, a combination modem/router, and a combo that is for RCN's Gigabit internet.

It's hard to get details on the RCN's equipment because they have many different leases, routers, and modems depending on the customer's locations and plan. Anyone who chooses to use their own router will need one that is a DOCSIS 3.0 device with 24 downstream channels for speeds that are less than 1 Gbps. A DOCSIS 3.1 device with 31 downstream channels is necessary for RCN's Gigabit internet. People who want to use their own modem should read RCN's guide to get more details.

The Perks and Features of RCN

RCN doesn't require their customers to enter into a contract. Customers can pay for RCN's services on a month-to-month basis. Going contract-free is ideal for people who don't want to commit to a service plan that requires a multi-year commitment. Not having a service contract is a positive thing, service contracts aren't necessarily a bad idea. Service contracts sometimes allow users to take advantage of lower prices and other perks because they plan to be long-term customers.

Even without a service contract, RCN still offers very good pricing. However, the company's competitors may offer better deals for making a commitment.

RCN is Good for Cord Cutters

Anyone who seeks to save money on traditional cable TV service may want to consider RCN. In some areas, speeds are up to 1000 Mbps, making the network capable of handling HD streaming. RCN is excellent for watching Netflix, streaming audio, and YouTube. Subscribers can enjoy their favorite streaming activity and save money on their monthly bill.

Is RCN Digital TV Worth the Cost?

RCN offers customers a comprehensive digital cable TV option. The service has more than 285 channels. But the company does not have a lot of service plan options. It seems like the company prioritizes its internet service.

The cable TV plans are not too expensive and include channels for sports fans and access to channels like Starz, Showtime, and HBO for a low cost. Subscribers can also watch television away from home using RCN2Go.

In Conclusion: RCN Offers Streaming and Fast Internet at a Decent Price

RCN is a good provider that offers fast speeds in the majority of their service areas at competitive prices.

The tv service does not have all of the channels that one would find on a provider that focuses on television, like Verizon. However, the company still offers a decent lineup of channels and features. RCN offers these services at a considerable discount with their internet and tv bundles. Because RCN doesn't have data caps, it's ideal for people who enjoy streams shows using services like Hulu and Netflix.

With a 30-day money back guarantee and no contracts, RCN is a much-needed change from the typical cable provider. 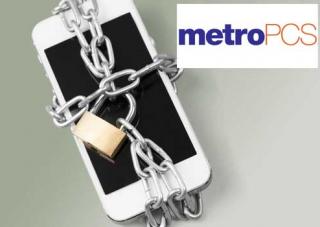 How To Unlock a Cricket Wireless Cell Phone