The results are in for Wirefly's 2017 Internet Speed Rankings. Results for mobile internet speeds in general and by carrier are below.

During the first half of 2017, thousands of unique mobile devices performed thousands of speed tests using Wirefly's test. Wirefly has analyzed these tests in order to determine average download speeds and upload speeds across the United States, and announce which mobile carrier has the fastest data speeds in the country based on these results.

Average mobile data speeds in the United States are 19.76 Mbps download and 12.44 Mbps upload based on Wirefly Speed Test results. 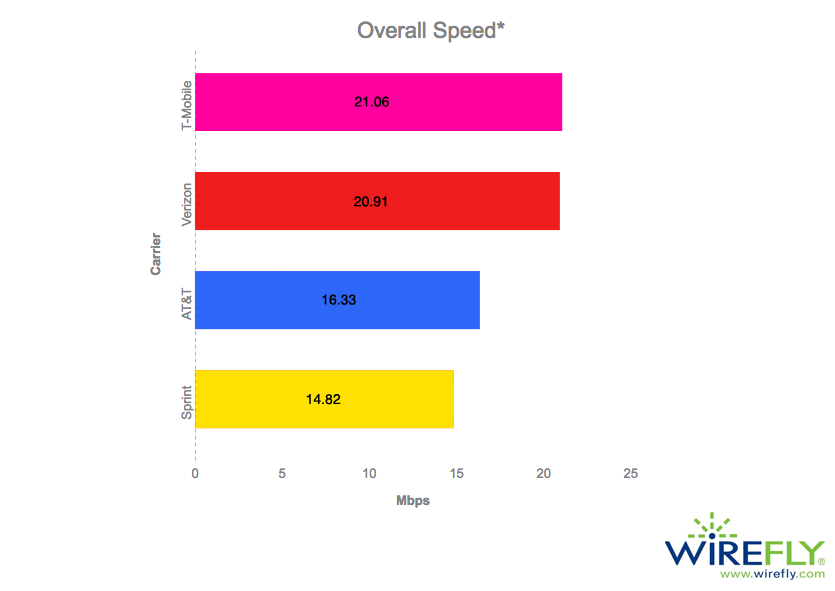 Ranking The Fastest Carriers in the United States

The above ranking is based on Wirefly's Overall Speed Capability which gives download speed a 90% weight, and upload speed a 10% weight. 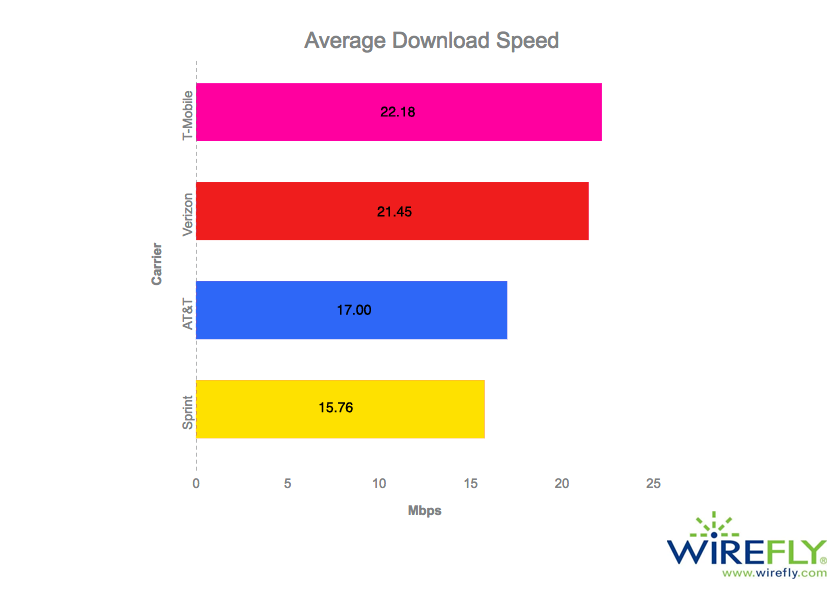 This year, T-Mobile edged out Verizon Wireless as the carrier with the fastest average download speed based on Wirefly Speed Test results. 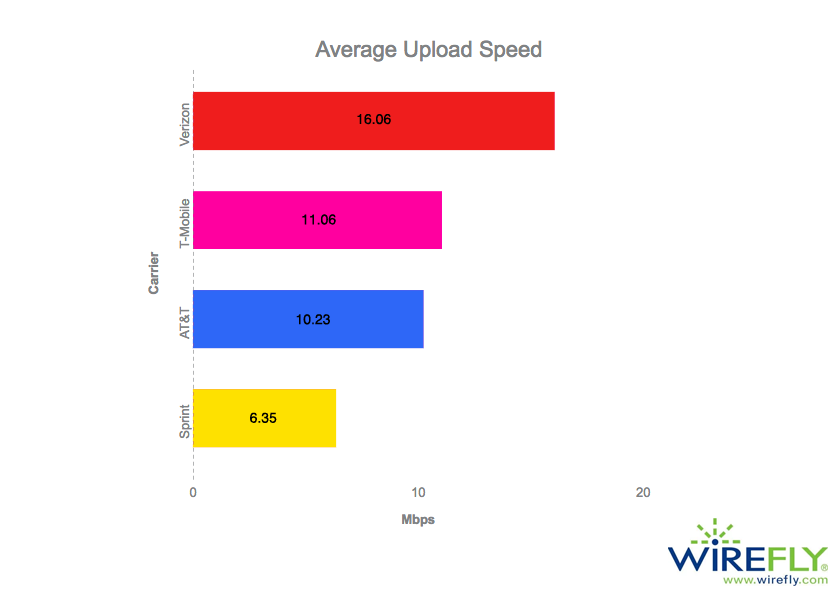 This year, Verizon Wireless finished as the carrier with the fastest average upload speed based on the Wirefly Speed Test results.

All the plans from the carriers listed in this report can be compared here.