How Do I Know If My Cell Phone is Unlocked?

Mobile virtual network operator (MVNO) carriers are a cheap alternative to traditional phone service. While MVNOs are increasing in popularity, they still aren't mainstream. One reason for the lack of mainstream appeal might be because users need a SIM-unlocked phone to switch to a different service provider. With a SIM-unlocked phone, using a different service is possible when another providers' SIM card. Of course, the phone needs to be compatible with the service provider's network.

Some people know how to check to see if their phones are unlocked, but many others do not. Here are some tips on determining whether a phone is unlocked.

Where and How was the Phone Purchased?

The only carrier who consistently sells unlocked smartphones in the U.S. is Verizon. Any phone bought on Verizon's website or in their store with Verizon's name on it will probably be SIM unlocked. Now, this doesn't mean that buying a SIM-unlocked phone will work on another network. The Verizon branded phone may not be fully compatible with another network. Saying that Verizon has SIM-unlocked means that Verizon doesn't have a problem with someone using another sim card and connecting the hardware to a different network.

When it comes to selling unlocked phones, the three other major networks, Best Buy, and third-party carrier resellers are not as reliable. Some phones are unlocked, while others are may not be. Legally, every phone can be unlocked.

Phones bought from B&H, Amazon, or any other only retailer will state in the listing if the phone is unlocked. Anyone who doesn't remember the information in the product listing is not lost. They can contact the seller's customer service representatives to find out if the phone was unlocked. Anyone phone bought from the manufacturer that was listed as unlocked, it is. Phones purchased from Google and Apple, that are paid in full when purchased, are unlocked. Phones sold by other manufacturers directly are also SIM unlocked.

For any other phone, owners try using a different SIM card to see if the phone is unlocked.

Related: How to Unlock Your Cell Phone

A good way to see if a phone is unlocked is by contacting the current carrier or call the MVNO or the carrier the phone is being switched to. There is an IMEI number database that identifies which numbers are blacklisted and which ones are unlocked. Trying this angle may not yield results if the person answering the phone cannot provide any information. The customer service representative may not have access to the information, or they aren't allowed to provide it. Calling customer service is not a bad idea, especially when there isn't another SIM card available.

If a SIM card from a different carrier is not available, there are still ways to see if the phone is unlocked. Try the following:

Sometimes it's not possible to make a call using a different SIM Card. When this happens, users are greeted with a recorded message that has an error code. The error code can be looked up online to get an explanation of why the call could not be made. The error message may state that the hardware is incompatible, or that the SIM is locked.

According to U.S. law, carriers have to unlock a phone unless the customer is still paying for the phone. So, if the phone is SIM-locked contact the carrier and they will offer assistance.

When You Don't Need a SIM-Unlocked Phone

In most cases, the phone needs to be SIM unlocked to use the phone on another carrier. However, there is a circumstance where the phone doesn't need to be unlocked, and that's with T-Mobile phones. T-Mobile brand can be used on an MVNO that uses T-Mobile's network.

How To Unlock a Phone by IMEI

​You can also use the tool below to unlock your phone using the IMEI code through our partner, DoctorSIM.

The Best Wireless Headphones of 2022

The Best Coinbase Alternatives of 2022

The Best Cryptocurrency Exchanges of 2022 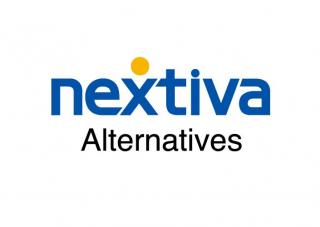