Get The OnePlus 2 Without Invites On Black Friday 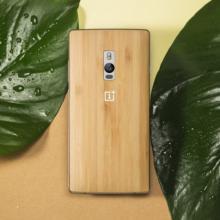 The OnePlus 2 smartphone is a little bit harder to get than most handsets out there. The usual setup of OnePlus is that the Chinese phone maker implements an invitation only system in which only those with invites can buy the unlocked smartphone. But for this upcoming Black Friday, the device just got a bit more available. From November 27th to November 30th this year, the OnePlus 2 device will be made available for purchase without needing an invitation. To date, the OnePlus 2 smartphone is being offered at a cost of $330 for the 16 gigabyte edition, and $390 for the 64 gigabyte edition.

For those not familiar with the device, it is the second smartphone offering from the China based mobile manufacturer. It comes with a crispy 5.5 inch display screen that features a resolution of 1,080 pixels. For snap happy users, the OnePlus 2 sports a 13 megapixel camera on the rear side, as well as a 5 megapixel camera on the front side.

With regards to hardware specifications, the OnePlus 2 smartphone is equipped with a 64 bit Qualcomm Snapdragon 810 chip set with 1.8 GigaHertz eight core central processing units (CPU), plus an Adreno 430 graphics processing unit. Its processors are supported with 4 gigabytes/3 gigabytes of LPDDR4 random access memory (RAM), with storage at 64 gigabytes or 16 gigabytes. Its battery is a 3,300 mAh LiPo battery and the device is powered by Oxygen operating system that is based on Google’s Android platform, specifically Android 5.1 Lollipop.

When it was launched, the OnePlus 2 has garnered some good reviews from the industry and from those who actually got hold of the hard to get device. Much of the praise centered on the fact that while the OnePlus 2 had a decently affordable price, it actually delivered in several facets, including in processing performance. Some circles have even declared that the OnePlus 2 was good enough to compete head to head with some of the most high profile flagship devices running on the Android platform now out in the market today.