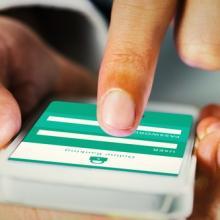 Google has confirmed that it is currently in the process of testing a particular feature that will allow mobile users to log into their account on other handsets with the use of their smartphones, with no need for any password. The tech giant is said to be already busy testing this system with a limited number of users. Moreover, the company has also revealed that this new log in system is being tested for both the Android and iOS mobile operating systems, adding that although passwords are rendered unnecessary, mobile users still have the capability to enter their password if they want to.

News of this new feature broke out first on Reddit, with user Rohit Paul, aka rp1226, posting that he was one of the lucky people in the world to be invited to test a new feature of Google’s. Basically, he shared that the new feature is a system of logging in to one’s Google account without having to use any password, or a two step authentication process. Instead, the system has mobile users make use of their own smartphones situated nearby in order to access one’s Google account.

Rohit also managed to share some screenshots (shared by Android Police) of the feature he was testing, plus the email invite he received from Google. As can be gleaned from the screenshots, the new log in process involves setting up the protocol on one’s smartphone. It should be noted that nobody knows yet which smartphones are compatible with this new process, but for Rohit, he used a Nexus 6P device. Lockscreens do not appear to be mandatory, but still remain a good choice in order to hinder other mobile users who could gain physical access to one’s handset.

As soon as mobile users have finished setting up the feature, they can start logging to their Google accounts on any other device or even computer by just inputting their email address and then request for access. Their smartphone will show a notification asking them if they indeed the one trying to log in from another handset. Once mobile users approve, they gain access. As mentioned earlier, passwords can still be used, but no longer required if mobile users are making use of their smartphones.

Obviously, this new feature would come real handy for mobile users who either do not like to use passwords or can no longer keep track of their ever changing passwords. The feature does speed up the log in process, without really jeopardizing privacy or security of data. If mobile users use a smartphone that is locked with a fingerprint scanner or another security protocol, the chance of unauthorized access (intentional or accidental) is only minimal.