HTC Introduces The One X9 Phablet 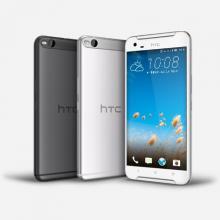 On the eve of Christmas, HTC introduced yet another Android powered smartphone with a sleek metallic design -- the One X9. Based on looks alone, the Taiwanese phone maker’s new One X9 phablet might remind some mobile users of Lenovo’s Phab Plus and the Butterfly S devices, especially when they see the HTC phone’s backlit capacitive Android buttons. But with a price of just $370 with no contract, they may soon find that this smartphone may be HTC’s most budget friendly yet. However, the phone is to be made available in the Chinese market only, and nobody is sure yet if the device will ever make it to American shores.

As far as specifications go, the One X9 features and functionalities do compete with other premium midrange smartphone options out there in the market. The device comes with a 5.5 inch display screen with a resolution of 1,080 pixels, flanked by a 13 megapixel camera on the rear side (f/2.0 camera with optical image stabilization plus dual tone flash), as well as an UltraPixel f/2.0 camera on the front side that is ideal for capturing images even in conditions with minimum lighting.

Remember the One A9 smartphone? The One X9 is slightly bigger and less expensive than the One A9 device, although more or less they share the same camera specifications. Unlike the One A9 though, the One X9 does feature BoomSound front facing stereo speakers, which might make the latter offer more value for the buyer’s money. With regards to software specifications, HTC has not yet released any detail regarding which particular version of Google’s Android mobile operating system the One X9 will be shipping with.

With a price of only $370, HTC’s One X9 should compete with devices offered by Chinese phone makers such as Huawei, Xiaomi, Oppo, and Vivo, brands that are known to release inexpensive smartphone offerings. However, these Chinese manufacturers often offer better specs, so if HTC is to compete, it better convince Chinese mobile users that its latest phablet delivers features wise as well.

Want to explore other HTC devices? You can browse more phones and plans from HTC at Wirefly now.