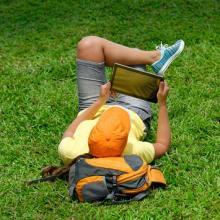 Google has recently announced that its wireless service called Project Fi will now support data only mobile devices. This means that starting right now, users of Project Fi will now be able to gain access to cellular connections from tablet devices and other connected devices even while on the go.

As explained by Laura Holmes, the senior product manager of Project Fi, as soon as mobile users have ordered and have received a SIM card that is for data only, they just need to insert it into a compatible mobile device, go through the instructions carefully, and in an instant, be able to enjoy having wireless connectivity in no time.

How do subscribers of Project Fi get their hands on the data only SIM cards? Users can order the SIMs simply by ordering them (they are absolutely free of charge) from the “Account” page on the Project Fi web page. It should be noted that as of now, this change is still in the process of being deployed. Holmes, however, added that users should be able to view this particular order option in the next few days. As for those who want to join in on the fun and have not quite gotten to it yet, they can enrol in Project Fi’s Early Access Program -- they just need to head to fi.google.com in order to request an invitation.

Users can connect as many as nine data only Project Fi devices to their account, and these devices will be using the same pool of data as their smartphone. To illustrate, using 500 megabytes of data on their smartphone and another 500 megabytes of data across a couple of tablet devices only equates to paying for 1 gigabyte of data. Unlike other wireless carriers in the United States, Project Fi typically does not charge any device fees to customers who decided to connect their tablet devices to their account.

Similar to how Google offers its Project Fi phone plans, the data only offer is priced at a flat $10 per gigabyte for data, and users will only pay for what they actually use, plus there is no yearly agreement required. Moreover, they are given the option of cancelling their service at any time they choose. Also, customers will still need to pay the basic $20 a month for the Project Fi wireless service, no matter how many devices they connect to their account.