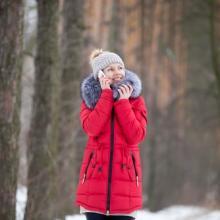 The biggest wireless carrier in the United States will officially begin the rollout of its Wi-Fi Calling feature this week to a certain number of subscribers that own smartphones powered by Google’s Android mobile operating system. This means that before this week is over, Verizon Wireless will have joined the other three major wireless carriers in America (namely AT&T, T-Mobile, and Sprint) in offering Wi-Fi Calling to their mobile services. The Big Red’s Wi-Fi Calling feature is promoted as part of its Advanced Calling voice over LTE (VoLTE) service.

Verizon Wireless is targeting December 8th as the date wherein the wireless carrier will be launching a software update that will let owners of Samsung’s Galaxy S6 and Galaxy S6 Edge devices acquire the ability to make and take voice calls using a Wi-Fi connection. For those not in the know, a Wi-Fi Calling feature can be quite handy especially when mobile users find themselves in areas with very weak or nonexistent cellular networks.

As explained by Verizon Wireless, the deployment of the software update will be done in multiple phases especially for flagship devices made by Samsung that run on the Android platform. But owners of other mobile devices not made by the South Korean phone maker will be glad to know that the Big Red’s Wi-Fi Calling feature will be made available to other Android devices, as well as Apple’s iPhone devices, by the first few months of 2016.

Verizon Wireless is rather late in joining in on the fun, relatively speaking. Its closest rival, AT&T, has already deployed its Wi-Fi Calling feature for iPhone devices back in October earlier this year. Other major wireless carriers like T-Mobile and Sprint have already successfully rolled out a similar feature months before that. And it is not just the major wireless carriers doing it -- smaller network operators have also begun deploying their own Wi-Fi calling features to their respective customers. Some wireless carriers even default to Wi-Fi networks first before switching to a cellular network. These include operators such as Republic Wireless, Scratch Wireless, and even Google’s Project Fi, which launched in April earlier this year.

Wi-Fi poses an advantage because it makes use of unlicensed wireless spectrum. However, it mostly only works on short range, mobile users often find themselves shifting between multiple networks when using Wi-Fi on the move. Furthermore, due to the fact that the spectrum being utilized is not licensed, the networks can become congested and Wi-Fi networks might interfere with each other’s connections.

It should be noted that all Wi-Fi voice calls made to phone numbers based in the US are absolutely free of charge, but all international calls will be billed at normal rates. To know more about wireless services from the Big Red, you can start exploring plans and phones from Verizon Wireless at Wirefly now.