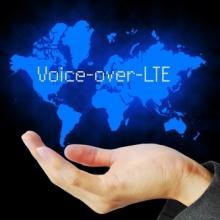 Top quality Voice over LTE (VoLTE) phone calls are not exactly new -- as a matter of fact, a number of wireless carriers based in the United States already have this capability. But these existing services are not that practical yet because they are mainly only made possible between subscribers from the same mobile service provider.

But cross carrier VoLTE phone calls are about to explode, and perhaps all it needs is a little nudge in the right direction. AT&T may have done just that. The second biggest wireless carrier in America has announced, albeit quietly, that it has recently completed the first VoLTE phone calls between its subscribers and another network provider in certain few locations in the US.

AT&T may have been a little late in joining in on the VoLTE fun -- the number 3 wireless carrier in the US, T-Mobile, had already begun testing cross network VoLTE phone calls some time ago -- but this would be considered a significant step for AT&T and a huge win for the company’s subscribers. Simply put, with AT&T’s vast resources and wide coverage, mobile users now are more likely to get LTE quality whenever they make or take phone calls.

VoLTE has increasingly become popular in the last few years. In AT&T’s own network, experiencing the service is no longer few and far in between. The wireless carrier has in fact revealed that its VoLTE service is now made available to a total of 295 million mobile users in the US. That would be equivalent to around 96 percent of AT&T’s total LTE coverage geographically speaking. Based on that, people can now assume that LTE quality phone calls are now the norm almost anywhere in America.

Cross carrier LTE phone calls are another story altogether. Obviously, this is the next step not only for AT&T, but also for the entire wireless industry as well. The good news is that there has been significant progress in this front. As expected, industry leader Verizon Wireless is leading the way, with both AT&T and T-Mobile already (or about to be) rolling out the technology; as for Sprint, it may lag behind the top three major wireless carriers in the US, but it is already also working on its own service. Hopefully, in the next few years, cross carrier LTE phone calls can be as commonplace as regular phone calls.

To explore more offers from AT&T, you can start browsing plans and phones from AT&T at Wirefly now.