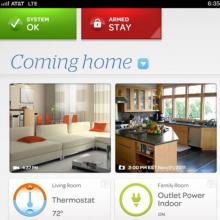 AT&T is the latest to join the digital assistant club. The second biggest wireless carrier in the United States has announced that is indeed working on a voice assistant that functions similarly to Siri and other popular digital assistant services out there. However, AT&T is doing it by way of a mobile app to subscribers of its Digital Life service. The wireless carrier is planning to roll out the mobile app within six months. AT&T will also be doing a demo of its virtual assistant mobile app during its developer summit happening this week in the city of Las Vegas in Nevada (also the same venue of this year’s Consumer Electronics Show event).

For those not in the know, AT&T’s Digital Life is the wireless carrier’s home security and automation service, which aims to let its subscribers have more control over the safety aspects and settings of their homes. But with its soon to be released virtual assistant in the works, the Digital Life service will become even smarter.

Digital assistants are nothing new. As a matter of fact, lots of similar services have already existed for some years now, most notably Apple’s Siri, Google Now, and Microsoft’s Cortana as the most visible examples. But the last few months have seen several companies try to incorporate the capabilities of virtual assistants into areas beyond mobile devices, such as at homes or even inside automobiles. For instance, Amazon’s own Echo comes with a virtual assistant service called Alexa, which can serve as a command center for the home. In CES 2016, more and more companies are continuing to explore how digital assistants can be seamlessly integrated into smart devices in households everywhere.

As for AT&T’s virtual assistant mobile app, it is expected to run on mobile devices that are powered by Apple’s iOS or Google’s Android mobile operating system. With this nifty tool, mobile users can just check if they have activated their home’s security system, or even control the lights in a particular room or part of the house, or even manage temperature settings. Undoubtedly, it is a perfect fit for the wireless carrier’s already existing Digital Life service. Subscribers of Digital Life already experience connectivity with regards to smart appliances, thermostats, lights, and other fixtures. With the new virtual assistant mobile app soon to be added, that connectivity will certainly be improved.

For more of AT&T’s services, you can start browsing plans and phones from AT&T at Wirefly now.