HTC’s One A9 Smartphone Spurs Improvement In Company’s Revenues 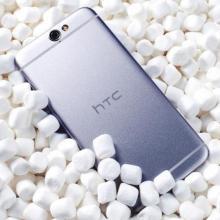 It is no secret that HTC has been struggling in recent quarters, in terms of sales and market share. But in November of this year, it appears that the Taiwanese phone maker has bounced back. This is of course made possible with the help of the company’s One A9 smartphone, which was launched in October earlier this year.

Indeed, the solid sales of the One A9 has allowed HTC to achieve a six month revenue peak during November, generating $314 million in revenues, which represents a 15 percent month on month growth from the previous month of October. A revenue of $314 million may not be much (compared to mobile giants such as Apple and Samsung), but it does show growth, something which HTC is in dire need at the moment. Due to the recent success of industry leaders Apple and Samsung and the pressure from upstart Chinese phone makers such as Huawei and Xiaomi, HTC has seen its market share drop from 11 percent back in 2011 to just 2 percent today. In September of this year, the company even found itself removed from the Taiwan Stock Exchange’s FTSE TWSE Taiwan 50 Index, which ranks the 50 most valuable blue chip stocks in Taiwan. And then in August, HTC had revealed its plans of cutting 15 percent of its employees in order to cut costs.

Despite showing some signs in November this year, the revenues that HTC generated for the month is still 40 percent lower compared to the same period during the previous year. In other words, the road to full recovery is still very long.

The good news is that the holiday season has already arrived. Everybody knows that consumers are more likely to buy new stuff during the last month of the year. HTC, for one, is certainly banking on that notion. As a matter of fact, about a week ago, the Taiwan based mobile manufacturer has announced that it was extending its trade in deal for the One A9 smartphone. Specifically, from the start of December until January 7th of next year, customers can trade in an eligible smartphone in exchange for the One A9. Those who currently posses a recent iPhone model can even trade in their device for the One A9 absolutely free of charge.

However, the holiday season will also bring in more intensified competition. HTC will have to deal with special offers from Apple, Samsung, and from Chinese phone makers. Indeed, HTC can not afford to rest on its laurels just yet.