Is iOS 9.1 Causing The Touch ID Sensor To Malfunction? 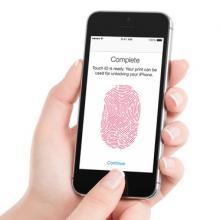 The relatively recent release of the iOS 9.1 was supposed to bring patches to various bugs and issues, not create new problems. But it appears that the latest major update to iOS, Apple’s mobile operating system, is garnering a new set of complaints from owners of various iOS powered mobile devices.

As indicated by numerous posts (here, here, and here) found on Apple’s Support Communities web page, when iOS 9.1 is installed on iPhone devices, it apparently causes the handset’s Touch ID sensor to go buggy. The fingerprint sensor is typically used by owners to unlock their smartphone’s display screen, but after installing the iOS 9 major update, the feature lags, sometimes fails to scan the fingerprint properly, and even stops working altogether.

Ever since Apple launched iOS 9 back in September earlier this year, Apple have deployed three separate updates for the mobile operating system. There were a couple of minor updates -- iOS 9.0.1 (rolled out last September 24th) and iOS 9.0.2 (deployed just six days after iOS 9.0.1) -- as well as a major update in iOS 9.1, which was released over two weeks ago. iOS 9.0.1 and iOS 9.0.2 were deployed in order to address concerns with display screens freezing, while iOS 9.1 came with its own set of bug fixes and even generated some buzz with the introduction of new emoji characters.

iOS users are no strangers to updates, and for some, glitches that come with every new update rollout is somewhat expected every now and then. After all in the world of mobile devices, new products are introduced so fast that sometimes phone makers can not always fine tune them well enough to ensure there are no bugs. For Apple though, it may have become a bigger target for bug complaints because of its reputation as a global brand name. Not that the company has had a perfect track record -- others may still recall how last year’s iOS 8 came with lots of glitches and concerns.

There is some good news. As always is the case with iOS updates, Apple usually comes up with a solution to fix any bug or glitch. Perhaps iOS users will have to get used to this kind of cycle of update after update bringing fixes for bugs caused by previous updates. For some though, it will start to sound like a broken record, and will surely test their patience as Apple supporters.