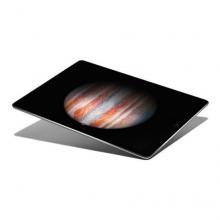 As reported by AppleInsider, Ming-Chi Kuo, an analyst from financial services firm KGI Securities and noted expert on Apple forecasts, said during an investors note that one of the iPhone maker’s new tablet offerings, the iPad Pro, is currently going through problems related to production, although the issues are not adversely affecting the device’s sales.

The iPad Pro officially hit store shelves last November 11th, but apparently it is facing a couple of production problems. The first one is that Sharp is not producing fast enough to meet the needs for the iPad Pro’s 12.9 inch display screen. The other problem is that the new Apple Pencil, the stylus used together with the iPad Pro, is going through a number of production snags of its own.

However, there is some positive news. Kuo says that while Sharp may be the only existing supplier of the giant Apple tablet’s display screen, the company is looking to boost its current production. As for the Apple Pencil’s woes, production should be humming along once Apple has sorted out the snags.

Production issues related to the manufacture of the iPad Pro’s display screen may not be too surprising. After all, the device sports a far bigger screen compared to most other Apple tablet devices. Indeed, the iPad Pro’s 12.9 inch display does take up a lot of screen real estate, and presumably, will require adjustments in production as well, considering Sharp may be used to building only 9.7 inch screens for Apple.

Still, Apple does not need to be facing production problems right now when it may have bigger things to worry about. It is no secret that the tech giant’s tablet sales have been slumping for several quarters (if it is any consolation to Apple, sales of tablets in general are down lately), and in order to bounce back, Apple needs to offer a new tablet device that should pique consumers’ interests once again.

This is essentially the iPad Pro’s role, but it is going to expect a lot of competition from other mobile giants. Last month, Microsoft just released its 12.3 inch Surface Pro 4, which can be transformed into a laptop with the use of a separate keyboard. Apple’s biggest rival, Samsung, is also planning to launch its Galaxy View tablet, which measures a whopping 18.4 inches.

But Apple’s iPad Pro should fare well, at least according to Kuo. By his estimation, the tablet will sell between 2.4 million to 2.5 million units in the current quarter. That number is predicted to fall to 2.1 million to 2.3 million units during the first quarter of next year, which is kind of expected because sales usually decrease after every holiday season.