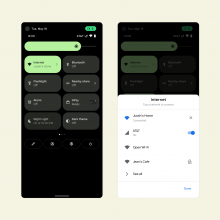 Good news Pixel smartphone users. It looks like Google has already started to roll out the Android 12 beta 2 update to select Pixel devices. With this, eligible users will be able to enjoy the new features of the update, including improved privacy and a new build with a 24-hour timeline.

The first beta version of the OS was launched in May during the Google I/O conference. In the same event, users were given a quick look at the new “Material You” design of the OS. Many of the promised features and designs of Android 12 weren’t available in the first beta release yet. But now, Google has added more of its promised features to the release.

One of the most notable features available in beta 2 is a new privacy dashboard that lets users see the apps that recently used their phone’s camera, microphone, and location. There are also new microphone and camera indicators that let the users know if an app is using these hardware components without their permission.

The beta also brings a new Quick Setting toggle that can disable the app’s access to the microphone and camera. There is also a clipboard read notification that alerts users when an app is reading from the clipboard. Beta 2 also brings a new Internet Panel that allows users to easily switch between Wi-Fi networks, internet providers, and many more.

Today’s beta 2 release shows that Google is nearing platform stability for the latest OS update. Since the OS is expected to release in August, Google shares that it is a good time for developers to finish compatibility testing and release compatible versions of their apps, libraries, and SDK. It’s possible that a final release of the new OS will be available by September.

T-Mobile Tuesdays will let you win a $5,000 Amazon gift card