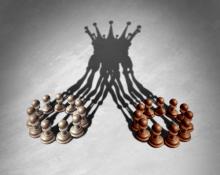 It’s a momentous day for T-Mobile and Sprint. Earlier today, it was revealed that a federal judge decided to allow the proposed merger between the two carriers to proceed. This means that the opposition’s move to block the $26 billion merger is dismissed.

To recall, a total of 14 state attorneys general sued to block the merger after it received approval from the Justice Department and the Federal Communications Commission (FCC). They argued that the merger would decrease competition among the three remaining providers, thus increasing the prices for consumers.

Southern District of New York judge Victor Marrero, however, junked the argument in his decision. He wrote:

Now that it has gained final approval from the court, the two companies plan to move to finalize the merger. According to incoming T-Mobile CEO Mike Sievert, the deal is likely to happen by April 1, 2020 .

In order to be approved, T-Mobile made a deal with the Justice Department that it would start a limited-term Mobile Virtual Network Operator (MVNO) deal with Dish Network. This would allow the latter to access its network as it becomes a competitor while it still starts building its own 5G network. Eventually, it will be able to compete as a standalone carrier.

Reacting to the decision of the judge, FCC chairman Ajit Pai commented:

“The T-Mobile-Sprint merger will help close the digital divide and secure United States leadership in 5G. This is a big win for American consumers.”