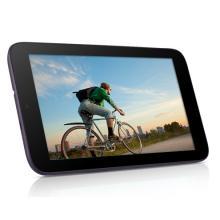 Sprint just recently announced that it is relaunching a promo that it introduced last year in which customers from rival wireless carriers (specifically, Verizon Wireless, AT&T, and now including T-Mobile this time around) who decide to switch to Sprint can expect their phone bills to be reduced in half.

No doubt, this offer is a pretty good deal for new subscribers, especially those defecting from other networks. But what about those already signed up to Sprint? Some of them may feel that they have been left out of a really nice deal. They do not need to fret much because the wireless carrier actually has something in store for them.

For sure, it may not sound as good as having one’s smartphone bill discounted by 50 percent, but Sprint is giving its existing subscribers the opportunity to get a free tablet device, and on top of that, get to enjoy one full year of data on the house. It is not exactly a jaw dropping offer, but for those looking to get a tablet, why not take advantage of a free one, plus one year of data free, too?

So what tablet device are we talking about? For those who are currently signed up under a smartphone plan with Sprint, they get a chance to take home an Alcatel OneTouch PIXI 7 tablet for $0, that is while stocks last. For those not familiar with the Alcatel device, it comes with a 7 inch multi touch screen, and a 2 megapixel camera on the front side. Inside, the OneTouch PIXI 7 is equipped with a 1.2 GigaHertz twin core chip set, supported by 1 gigabyte of random access memory (RAM), as well as expandable memory of up to 32 gigabytes. The tablet is also powered by Google’s Android Lollipop mobile operating system.

The Alcatel OneTouch PIXI 7 tablet is typically offered at $240 upfront, or $10 a month via a 24 month Sprint Easy Pay plan. But current subscribers of Sprint can get the device for free by signing up for a two year data plan, and then get the first twelve months of data service absolutely free of charge. When the first year is finished, subscribers will then pay the normal monthly price for the remaining twelve months of their two year plan. Sprint subscribers can purchase the Alcatel OneTouch PIXI 7 tablet on the 1 gigabyte mobile data plan (which is usually priced at $15 a month), or decide to add the device to an existing Family Share Pack.