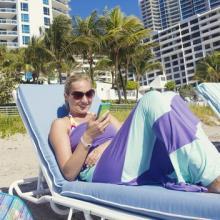 A few days ago, industry leader Verizon Wireless announced TravelPass, a new service that basically lets customers be able to take advantage of their smartphone plan’s voice call minutes, text messaging, and data while to territories outside the United States. Now, the Big Red’s biggest rival, AT&T, has also decided to boost its current international features on its existing Mobile Share Value plans.

Beginning November 13th of this year, all subscribers of the second largest wireless carrier in the US will be able to add the new Mexico Roaming Bonus to their account absolutely free of charge. For those who are not familiar with the Mexico Roaming Bonus, it is an add on feature that provides AT&T subscribers with unlimited voice calls within Mexico and from Mexico back to the US. Furthermore, the feature also offers a bonus 1 gigabyte of monthly data to be used within America’s Southern neighbor, completely free of roaming fees. Lastly, the feature also comes with unlimited text messaging worldwide.

It should be noted that while the first gigabyte of Mexico data is offered without any charge every month, it is not capped at this amount. Plus, subscribers can expect any overages to be charged at $20 for each gigabyte of data. Moreover, unlike the domestic data included on Mobile Value plans, the free 1 gigabyte of data on on the Mexico Roaming Bonus feature will not roll over to the next month if subscribers do not make use of it.

By allowing its subscribers to add the new Mexico Roaming Bonus feature to their account without any charge, AT&T may just have offered something that should give Sprint’s Open World a run for its money. Sprint’s Open World is a feature that provides subscribers 1 gigabyte of free data to use in Mexico every month. The main difference is that Sprint also offers its free roaming perks to Canada as well as in more than a dozen countries in the Central and South American regions, plus unlimited voice calls to Canada and Mexico from the US and cheap roaming fees and free text messaging to 50 extra territories.

In related news, Cricket Wireless, a prepaid subsidiary of AT&T, announced over a couple of weeks ago that it is now offering no-fee data roaming in Mexico and Canada, which means that customers who are under any of the AT&T prepaid arm’s $50 Smart plan or $60 Pro plan can now take advantage of their plan’s monthly high speed data when traveling to Mexico and Canada.

Curious about other AT&T offers? You can start comparing plans and phones from AT&T at Wirefly now.