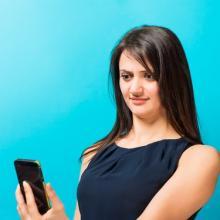 Beginning next year, AT&T will be increasing the price of its grandfathered unlimited data plan. As confirmed by the wireless carrier, it is planning to raise the price of its existing $30 a month unlimited plan to $35 a month as of February of 2016. The $30 a month unlimited plan, by the way, is no longer made available to new subscribers of AT&T. For some mobile users, the $5 a month increase in the price may not be too much, but for a certain few, it may provide enough reason for them to get off AT&T’s high value unlimited data plan.

Those following recent news about unlimited plans may not be too surprised with this latest development. With its announcement, AT&T has practically joined its rivals (namely, Verizon Wireless, T-Mobile, and Sprint) in increasing the prices of their respective unlimited data plan offerings. As for Verizon, even though it does not offer unlimited data to its subscribers, there exists a significant number of the Big Red’s subscribers that are still on the industry leader’s legacy unlimited plan, whose price increased by $20 a month to $49.99 monthly since nearly a couple of months ago. This price only applies to unlimited data -- for those who prefer having unlimited voice calls and text messaging, they will have to pay $109.98 with the Nationwide Talk and Text add-on.

As for T-Mobile and Sprint, they both have also increased the price of their respective unlimited data plans for new subscribers. Almost a month ago, T-Mobile had announced that its Simple Choice Plan with unlimited LTE (previously priced at $80 a month) is now increased to $95 a month under the new Amped Simple Choice pricing structure. But the new plan does come with two times as much mobile hotspot access every month (from 7 gigabytes, it has now been boosted to $14 gigabytes). Sprint, on the other hand, increased its unlimited data plan pricing from $60 a month to $70 a month back in October earlier this year, however those subscribers who were clever enough to sign up before the cut off date got to keep the previous $60 a month pricing for now. It should be noted that both T-Mobile’s and Sprint’s unlimited plans included added international extras, like worldwide text messaging and unlimited calls and text messaging to Canada and Mexico, with T-Mobile’s Amped plans also offering unlimited music and video content streaming from a certain number of service providers.

To browse more AT&T deals, you can explore plans and phones from AT&T at Wirefly now.