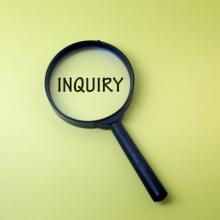 The Federal Communications Commission (FCC) has begun sending letters of inquiry to major wireless carriers AT&T and T-Mobile, as well as to cable giant Comcast, essentially asking each business entity for further information about their respective streaming services. This was revealed by none other than the chairman of the FCC himself, Tom Wheeler, during a recent press conference held this week. The three companies are to send back their official replies by January 15th of next year.

Wheeler was succinct in making it clear that the letters are no way a sign that a formal investigation is currently going on. Nor are they an act by the agency to enforce action against the the aforementioned service providers. As stressed by Wheeler, the letters are nothing more than a request by the FCC to gather more information about trio’s streaming services officially from the companies themselves.

For those not in the know, AT&T has recently been exploring a certain sponsored data feature called Data Perks in which its subscribers are allowed to acquire additional data by responding to certain marketing campaigns from a select number of brands partnering with the wireless carrier. T-Mobile, on the other hand, has launched its new Binge On service over a month ago. This feature basically lets the wireless carrier’s subscribers stream endless videos from specific video content service providers without having to worry about it affecting their monthly data allotment. As for Comcast, the company lets its customers stream videos by way of its Stream TV feature, which does not eat away at their data caps every month.

These features offered by AT&T, T-Mobile, and Comcast are only a few examples of zero rated services, which are practices that let web service providers’ allow their customers to use data for certain apps without affecting people’s data allotment monthly. Obviously, the majority of customers out there would welcome this idea, but industry experts are beginning to question whether these practices are in compliance with the new net neutrality rules set by the FCC, which mandates that all web services be treated equally. According to some circles, zero rated services has the potential of edging out smaller service providers, especially those who cannot be as generous with their streaming service offerings.

To date, the FCC has not taken any official action against AT&T, T-Mobile, and Comcast. Besides, the net neutrality rules it established do not exactly completely prohibit these types of services, only allowing the agency to examine them case by case.