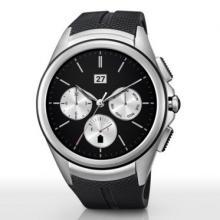 LG has decided to stop the sales of its Urbane Second Edition smartwatch just over a week after the Android Wear powered wearable device hit store shelves across the United States. As explained by the South Korean mobile giant, the reason behind the cancellation of the rollout of its newest smartwatch was an unnamed issue concerning the hardware of the wearable device. As of now, the company has not announced when or if the Urbane Second Edition smartwatch will be sold again at a later date.

As indicated in an official statement from LG, the company’s engineers have got wind of the hardware issues in the midst of a quality assurance procedure. The detected problem in the hardware is said to be one that affects the day to day performance of the LG Watch Urbane 2nd Edition LTE. Right after further investigating the matter, the South Korean phone maker has decided to cancel the rollout of the Urbane Second Edition smartwatch until they can resolve the issue, which is of a more complex nature compared to other hardware issues.

The statement further explained that LG is yet to make a decision on whether the Urbane Second Edition wearable device will be made available in store shelves in the near future, or if ever at all. The company stressed that its number one priority right now is ensuring that only the products that have passed its rigid quality assurance procedures will be released commercially to the masses.

This is rather unfortunate, especially for those looking forward to purchasing the LG Watch Urbane 2nd Edition LTE device. Just a little more than a week ago, the smartwatch was officially made available to US mobile users for preorder via two of the biggest wireless carriers in America -- industry leaders Verizon Wireless and AT&T. In light of the cancellation, both Verizon and AT&T have not yet released official statements as to what they plan to do moving forward.

The LG Watch Urbane 2nd Edition LTE device was supposed to be the high profile follow up to the South Korean tech manufacturer’s earlier Urbane smartwatch, which was officially unveiled back in February early this year and then subsequently released in May during the summer. The earlier Urbane model holds the distinction of being the Android Wear powered smartwatch with the highest resolution to date at 480 by 480 pixels.

Speaking of Android Wear, the cancellation of the LG Watch Urbane 2nd Edition is also a setback for Google’s operating system designed specifically for wearable devices. The Urbane Second Edition was touted to be the first Android Wear smartwatch to have truly independent cellular connectivity, but it appears that mobile users who want to be Dick Tracy will have to wait.