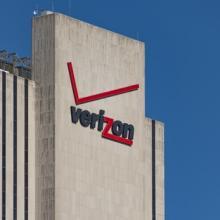 It appears that the Big Red is taking after its biggest rival AT&T. Indeed, the biggest wireless carrier in the United States is actually planning to start offering sponsored data by early next year. As reported by Re/code, the sponsored data being offered by Verizon Wireless will not affect the data allotments of its subscribers.

As explained by Marni Walden, the executive vice president of Verizon Wireless, the company possesses the technology to manipulate any byte on its mobile coverage and in the process, sponsor some or all of the data in order to allow its subscribers to take advantage of it without having to worry about data related fees. As of now, the wireless carrier is busy testing the business model with a few select partners. By the first quarter of 2016 however, the Big Red should be able to have a wider release for the service to the masses. Remember the Go90 mobile video service that Verizon Wireless launched to the public in October earlier this year? Well, the wireless carrier has stated a few months ago that its mobile video feature will also come with sponsored data.

It was early in 2014 that AT&T first introduced its Sponsored Data program. Then several months ago this year, the wireless carrier continued tinkering with sponsored data with the unveiling of its Data Perks mobile app, which provides free data to its subscribers who are willing to click ads, complete polls, and sometimes even purchase items. As for T-Mobile, even though it offers both video content streaming (via its Binge On feature) and music streaming (by way of its Music Freedom service) without data fees from a select list of content provider partners, the services it offers are not actually sponsored.

What about Verizon Wireless? It is highly likely that the Big Red will promote any sponsored data deal as something that could benefit both advertisers and consumers. But with the Federal Communications Commission’s Net Neutrality rules in play, it remains to be seen if these types of data offers are allowable. The FCC is currently defending the legitimacy of its net neutrality rules in court for the third time, and a United States appeals court is deliberating on whether the agency has the authority to uphold the new rules it set. Interestingly, Verizon Wireless is one of those parties who are vehemently opposed to the net neutrality rules, and whatever the court ruling turns out to be, it will surely affect how the wireless carrier delivers its mobile services in the future.

To explore more deals from the Big Red, you can start browsing plans and phones from Verizon Wireless at Wirefly now.