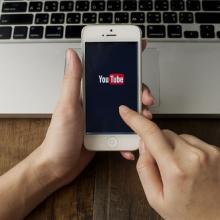 Recently, the third biggest wireless carrier in America has adopted a practice of downgrading the quality of video content to 480p in order to minimize the usage of data. But not all are happy -- especially YouTube, the Google owned website that is considered by many to be the most frequently visited source of video content on the Internet.

As expressed by a spokesperson for YouTube to the Wall Street Journal, there is nothing wrong with reducing data charges for mobile users, but throttling video content services without clear consent from users is another story altogether. Many may already be familiar with the new Binge On feature that T-Mobile introduced more than a month ago. It is a service that basically lets consumers stream video content without having to worry about their data allowances getting affected. This feature, however, automatically lowers the quality of video content without the user’s knowledge.

Various video content service providers have already come on board, including Netflix, HBO, and Hulu, among many others. One omission from the list is YouTube, which means that viewing videos from the website still count against the customer’s data allotment. However, YouTube videos are being throttled on Binge On, which by default, lowers the quality of all video content services, unless of course the customer deactivates the feature (by going to my.t-mobile.com and changing the account settings).

The past couple of weeks has seen T-Mobile’s Binge On take some flak from certain circles. Apart from being criticized by YouTube for downgrading the quality of video content, the service also hit the headlines last week when the Federal Communications Commission (FCC) started sending a letter of inquiry to T-Mobile, asking for more information about the wireless carrier’s Binge On feature. There is no formal investigation yet, but some people may be already thinking that the letter of inquiry could be a prelude to one. The reason is that T-Mobile’s Binge On feature might be in violation of the FCC’s net neutrality rules. And then just this week, the Internet Association (an advocacy group) stated that T-Mobile’s Binge On feature seems to involve throttling of all kinds of video content, across all plans with data, whether or not the network is congested.

For T-Mobile’s part, it refuses to address the complaints made by YouTube. Via a released statement, the wireless carrier maintains that its subscribers like having free streaming video content services that does not eat away at their data allowances, even adding that the users both find the quality and the overall experience of the Binge On feature favorable.