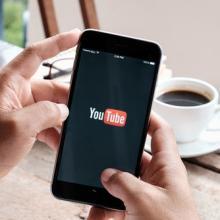 Many may have already heard about T-Mobile’s Binge On feature. This service basically allows qualified subscribers of the third biggest wireless carrier in America to to stream video content from a limited list of services, which include Netflix, HBO, and Hulu, just to name a few, without it affecting their data allotments. A little more than a week ago, YouTube (which is not included on Binge On, by the way) had accused T-Mobile of throttling its videos. Well, T-Mobile has finally addressed the issue, releasing the statement below:

“Using the term ‘throttle’ is misleading. We aren’t slowing down YouTube or any other site. In fact, because video is optimized for mobile devices, streaming from these sites should be just as fast, if not faster than before. A better phrase is ‘mobile optimized’ or a less flattering ‘downgrade’ is also accurate.”

Some may remember that almost a couple of weeks ago, the Federal Communications Commission (FCC) had started sending a letter of inquiry to T-Mobile (as well as to AT&T and Comcast), asking the wireless carrier for more in depth information about its  Binge On service. While this is not a formal investigation yet, some may think that this might be a prelude to one, with the agency looking into whether T-Mobile’s Binge On feature may make specific mobile video apps more appealing than others out there.

The net neutrality rules set by the FCC mandate that all Internet related services be treated equally, including how online video content is delivered to the mobile devices of consumers. In T-Mobile’s case, there is some complications. In order to be compliant with the net neutrality rules, the wireless carrier will have to treat all video services the same, even if they are not part of its Binge On service. It should be noted that even though YouTube is included in the Binge On feature, the quality of its videos is still being changed by T-Mobile, and this is done without the consent of YouTube users. Indeed, it is a tricky situation.

And what to make of T-Mobile’s released statement? As far as evasive maneuvers go, it is quite intriguing, to say the least. What the wireless carrier is basically saying is that everything all comes down to semantics -- what YouTube is calling throttling may just be optimizing in the eyes of T-Mobile. Understandably, the company would not want to be associated with the word throttling at all, considering that many a wireless carrier have been fined by the FCC when found to have data throttling practices.